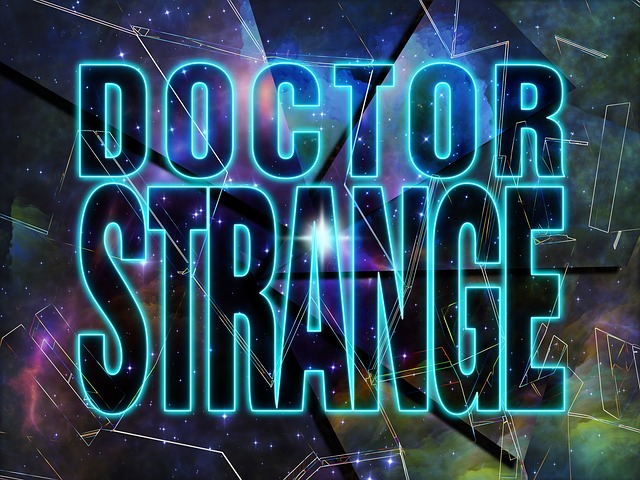 With astral projection being such an intriguing concept, it’s no wonder that Hollywood has chosen to showcase out of body experiences (OBEs) on the silver screen.

Over the years, there have been dozens of films about astral projection, some of them accurate and others that have taken a bit of artistic licence. Either way, we think it’s great that astral projecting is becoming a more commonly known, impressive skill.

List of the best movies about astral projection in 2021

Since superhero movies became one of the most popular movie genres, there’s been time travel in X-Men: Days of Future Past and space travel in Guardians of the Galaxy . More recently, Doctor Strange has covered interdimensional travel. The story follows Doctor Stephen Strange (Benedict Cumberbatch), a surgeon whose life is drastically altered after he has a car accident.

He’s keen to restore his abilities to what they once were, but instead finds himself learning intriguing new skills. Along the path to becoming a gifted sorcerer, Dr Strange learns to utilise the universe’s ambient energy and his own psychic resources to master time travel, energy projection and, of course, astral projection. In the film, we see Strange astral project numerous times.

On one occasion, his astral projection mimics the traditional way of learning to astral project, where your body is left asleep, while other times his mental and astral body are forced apart.

Insidious is about a family who move into a new home, and find a whole lot of unwanted house guests. These house guests are in fact spirits that are part of the astral dimension and are looking to live on the physical plane. They decide that their best way of doing this is to inhabit the body of son Dalton Lambert (Ty Simpkins), who was born with the ability to travel to the astral plane.

Dalton originally found himself enjoying his trips to the astral realm, but ventured to far and eventually enters a realm called ‘The Further’. It’s here that these dark spirits reside and are able to possess Tyler’s body, wreaking havoc upon the physical plane and tormenting Tyler’s family and those who have come to help. There are now three instalments in the Insidious series, all of which explore the connection between astral travel and black magic.

Released in 1984, Dreams Come True is touted as an ‘unusual comedy fantasy’. The film is about two individuals who learn how to astral project when they go to bed at night. The couple travel through their dreams, using their gifts to do everything they want to do in everyday life but for some reason or another are unable to do so.

This involves travelling to foreign countries, solving financial worries and being very romantic. Main characters Lee (Michael Sanville) and Robin (Stephanie Shuford) find themselves meeting up more and more, loving that their astral projection means they can be together.

However, there are dangers involved, with nightmares a real possibility, and the risk of dying should someone force them to wake up. Overall, this film is a real 80’s flick, with everything from the puffy hair to the cheesy music, but it’s also got a whole lot of OBEs!

Like many of the films about astral projection, this one is another horror film. Released in 1975, Psychic Killer is one of the first films to show astral projection. The movie follows police lieutenant Jeff Morgan (Paul Burke) as he hunts down a former mental patient named Arnold James Masters (Jim Hutton).

Masters has a list of people who have wronged him, and wants to get vengeance. After learning how to astral project, he realises he has the perfect talent for committing homicides without leaving a trace of his presence at the scene. While this classic horror movie isn’t easy to find online, it’s a great film to watch and see how astral projection has evolved when it comes to its presence in movies.

Unable to alert his doctors to his condition, Clay instead turns his attention to those around him and his astral mind ‘wanders’ out of his physical body. While he is on the operating table, much of the plot progresses and we discover more about Clay’s new wife, Sam (Jessica Alba), and how he ended up needing surgery. Without giving too much away, the film leads to Clay meeting his heart donor in an astral realm, where they are able to speak to one another before his donor dies.

If you’re a fan of romance films, but don’t fancy giving 80’s flick D reams Come True a try, then If I Stay might be the perfect film for you. It’s about a talented cellist named Mia Hall (Chloe Grace Moretz) whose astral mind and body separate as a result of a car accident.

While her body is in surgery, Mia is able to watch what is happening to her family, some of whom were also involved in the crash. We learn that Mia has much to live for but has also suffered tragically. Although Mia began astral projecting through a forced decision, it is ultimately her decision whether she realigns herself with her physical body or lets go and moves on to heaven. Which will she choose?

Something that is able to perform acts impossible to humans is murdering women in Sydney, Australia. Weirdly, it’s also removing their eyes. After falling asleep each night, David (Mark Hembrow) finds himself astral projecting.

His astral projecting leads to David becoming a witness of these horrible crimes, only he’s returning to his body before he’s able to see who or what is killing the women. With a knowledge of the crimes that would only be known to someone present or involved, David soon becomes the prime suspect. But really, he’s the only one that can help the police track down the murderer, using his skill of having OBEs.

The film follows an A-list cast – led by Leonardo DiCaprio – who enter people’s dreams to steal information. Dom (DiCaprio) is offered the chance to have his criminal history as a professional history erased if he’ll complete the ultimate con: implanting an idea into someone’s subconscious, so they believe it was their idea. The films takes us on a wild ride of dream within dream, which is done through the use of futuristic technology that allows humans to force the brain to lucid dream.

If you’re in the know about terminology surrounding astral projection, then you’ll know that a high plains drifter is a loner-type warrior from the astral realm. Knowing this explains much of the plot of this

American western film. Clint Eastwood stars as the main character, a drifter whose gun-slinging skills are in high demand in a town called Lago, which is having a bit of difficulty with its mines. It’s a dark film and Eastwood’s character seems cold to the core, but this highly acclaimed film also has its moment of humour – it’s well worth a watch.

Adapted from a book of the same name, Altered States follows Edward Jessup (William Hurt) who is a psychologist. After visiting a tribe in Mexico who can share their dreams, Jessup begins experimenting with drugs and sensory deprivation to explore his other states of consciousness. His experiments become more and more severe, until Jessup isn’t just astral projecting, his physical form is able to change, too.