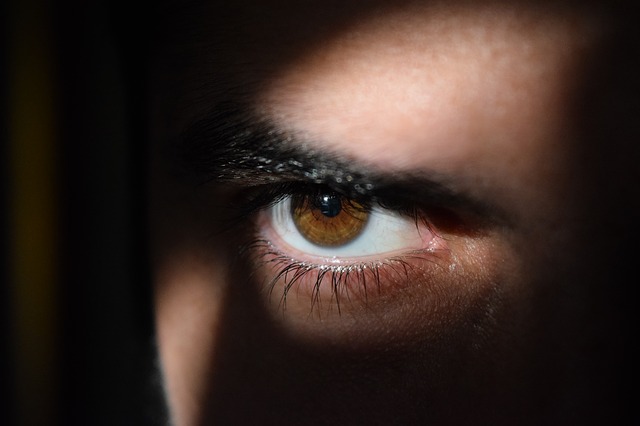 You may be curious to find out whether or not it’s possible to spy on others – or to be spied on yourself – during astral projection. The answers vary from source to source, but all we know is that you wouldn’t be the first one asking this question.

In fact, many others, including very powerful government organizations, like the CIA, have asked the very same thing. Of course, the American government gaining access to Soviet army sites is a little different from you spying on your girlfriend’s alleged “slumber party” (we don’t recommend you do this by the way).

However, if it’s possible for you to enter into another person’s space and actually observe what they are doing is a popular question, and hopefully we’ll get you some answers to that today.

First off, what exactly is astral projection? Well, let’s have a quick recap. It’s an intense type of out of body experience, that takes you into another astral plane, or place and even time.

It can be voluntary or it can be taught, learned and even mastered with the right amount of practice. Is it possible to decide exactly where you want to travel and who you want to see, however? The answers vary, and usually have to do with your abilities in the practice, meaning how good you are and how much astral projection you’ve actually done.

Is it proven? Can you spy on people?

In tests done by the U.S. government, subjects were given specific latitude and longitude coordinates and were asked to describe the places that they were “sent” to. With perhaps some great surprise to the C.I.A., the participants described their assigned locations with incredible accuracy.

This points to the idea that performing astral projection to a particular place is entirely possible. In fact, some people seem to have a natural lack for it. Are coordinates necessary for someone to do this, however? That isn’t exactly clear. Maybe you could try it for yourself and see.

How to spy on someone using astral travel

Ask a friend to find a specific – very, very specific – place on the map, write down the coordinates to the fifth or sixth decimal point, and then give you the digits. See if you too have this magical gift. If you don’t get it on the first try, don’t give up, keep trying out new places and maybe you’ll start to get more accurate with your viewings.

It is quite clear, however, if the coordinate driven astral projections that the U.S. government conducted were directed to a specific time frame. Whether or not the locations that the participants saw during their projections were based on real-time visions is unknown. This makes it even more difficult to be really sure if it’s possible to directly spy on what someone is doing at the actual time of your astral projection.

Generally speaking, it can be difficult to just think of some person and astrally project to where they are. This doesn’t mean that it’s not entirely impossible – it just requires a pretty big effort. What helps is if you and the person in question have a particularly strong bond.

Even if you are basically soul mates, though, you’ll need a whole lot of concentration and focus in order to make this happen. If you do manage to travel into the presence of your chosen subject, you shouldn’t really worry about them figuring out that you’re there. Unless they have an especially strong sense of intuition, they won’t have a clue that you’re around.

Is it ethical to spy on people using Astral projection?

While reading through most people’s experiences and opinions on astral projection and spying, it’s quite clear that the consensus on whether or not it’s an ethical thing to do is highly divided. Some say that you should completely stay away from it and that it’s a sort of misuse of power.

There is, of course, no legal structure in place to stop someone from breaking, entering, or spying on another person using this method. At least not for now.

However, before you try it out, you should maybe consider whether or not you, yourself would feel comfortable with the fact that someone was spying on you without your knowledge.

If you feel like this isn’t really an issue, and that no harm would truly come to you or your spying subject, then maybe it’s worth a try. Some people do warn that crossing the line when it comes to using astral projection could have some pretty bad effects on your karma.

Make sure your motives and intentions are good

Some even suggest that if your motives are benign, your actual success of spying with astral projection are increased. These are, of course, all opinions and should be taken with a grain of salt, but they’re also something to think about.

The bottom line is that there doesn’t seem to be enough information out there as to whether or not this is possible. So, if you do decide to try your luck at astral spying, it will definitely take some creativity and a whole lot of practice on your part.

You may have to try several different methods; using coordinates, trying it on someone you have a special bond with, or deep visualizations. Whatever you choose, just remember to travel responsibly and with respect for others and their privacy.