CIA Documents Proving Astral Projection: What Does This Mean? 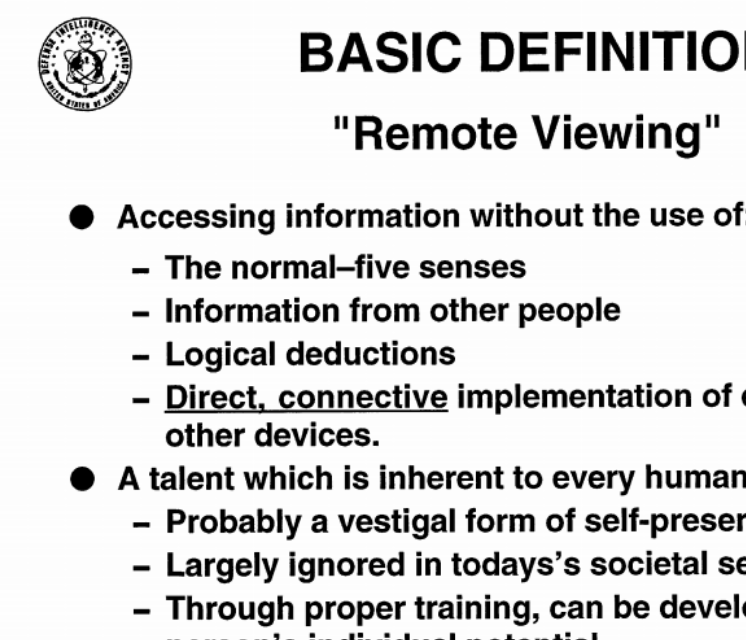 There are apparently some CIA released documents proving that astral projection and a number of other abilities are real, and can be learned.

Before you read this, you should probably ask yourself one very important question: what exactly is astral projection? Perhaps you’ve already come across this term before, or it’s completely new to you.

Astral projection can be best described as a type of out of body experience in which a person, usually by their own willpower, is able to leave their physical body and travel to another location, or astral plane. Doing this, they are not only able to travel to another place on earth, but across the universe, or even to another dimension transcending even time itself.

It may or may not come as a surprise to you, but the U.S. Government dabbled in all kinds of parapsychological research, including astral projection, in the 1970s and 1980s. Most people probably find it extremely strange that such a rigorous, traditional institution like the US Army invested so much time and money into psychic experiments, but hey, it happened – we kid you not.

Their secret documents are now available for the public to read, and we analyzed the data to understand what exactly the CIA uncovered during their research.

We can all easily guess why this agency wanted to learn more about the use of astral projection, which would give them the ability to spy and maybe even tamper with enemy technology without much lifting a finger; who wouldn’t want that kind of power?

What do the CIA documents mean for us non-governmental mortals, however? Did the extensive (and expensive) research carried out by the most powerful nation in the world give us a greater understanding of how this mysterious phenomenon works?

Basically, the documents on astral projection, or “remote viewings”, as the CIA decided to call it, describe an extensive series of tests that were meant to prove (1) whether or not these powers actually exist, and (2) whether or not they can be taught or trained. The results of their finding are actually pretty shocking.

The subjects in the trials were tested in a few different ways. Some were given coordinates and asked to describe a specific location, giving information as to who they saw, what kind of building structures there were, and any other details about a place. In one instance, a subject even drew out an entire island, along with its detailed topography.

In another test, the subject traveled farther than any tropical island or remote Soviet site like in the examples before. The time, the destination was the planet Mars, 1 million B.C. You can read a fascinating seven page interview of the experiment, in which we learn about the existence of what the subject describes as shadows of very tall, thin people, who, according to him are ancient, dying and “philosophic about it.”

The subject also describes structures of an obelisk and very tall pyramids, which he claims are shelters from the “corrupt” geological environment of the planet. The ancient inhabitants apparently sent out a search group into space looking for a new place for them to live. The subject emphasized that the Martians have no other choice but to wait.

Of course, modern science hasn’t exactly proven the possibility of astral projection. Maybe this just comes down to the scientific method being too narrow a tool to distinguish all fact from fiction. The CIA definitely tried to stick as close to traditional experimentation procedures as possible, which means that they occasionally threw out aspects of tests or even claimed that some of the results weren’t reliable at all due to their lack of total clarity.

Does this mean that they should really be disregarded altogether? Not necessarily. What we did learn from these tests is that the practice of astral projection is a legitimate enough phenomenon for even the CIA to get involved with. That’s kind of mind-blowing if you think about it.

Here are a few conclusions that the test results came up with:

The author of the paper adds that looking for further proof of the existence of such phenomenon is really pointless. We just need to accept the fact that astral projection and other related pheonomena really do exist. He writes that what we should really be focusing on is figuring out how these processes work, and he is convinced that this is totally achievable with the right resources.

So what have we learned from the CIA papers? Well, maybe, the main conclusion here is that astral projection is legitimate and real, and that our minds are far more complex than we previously realized.