In this post, we’ll explain how to UNBLOCK, OPEN and DECALCIFY your pineal gland (third eye). This is probably the most effective tutorial you’ll find on this.

Can you feel that?

The ‘fuzzy’ feeling in your head? That’s probably your pineal gland struggling to connect and receive higher messages, because it’s blocked.

I know you feel this:

That you’re POWERFUL, and that your power is being limited, right now.

Today we’ll help you unblock your pineal gland and fix that. It’s actually a LOT easier than you think, and really, anyone can do this. 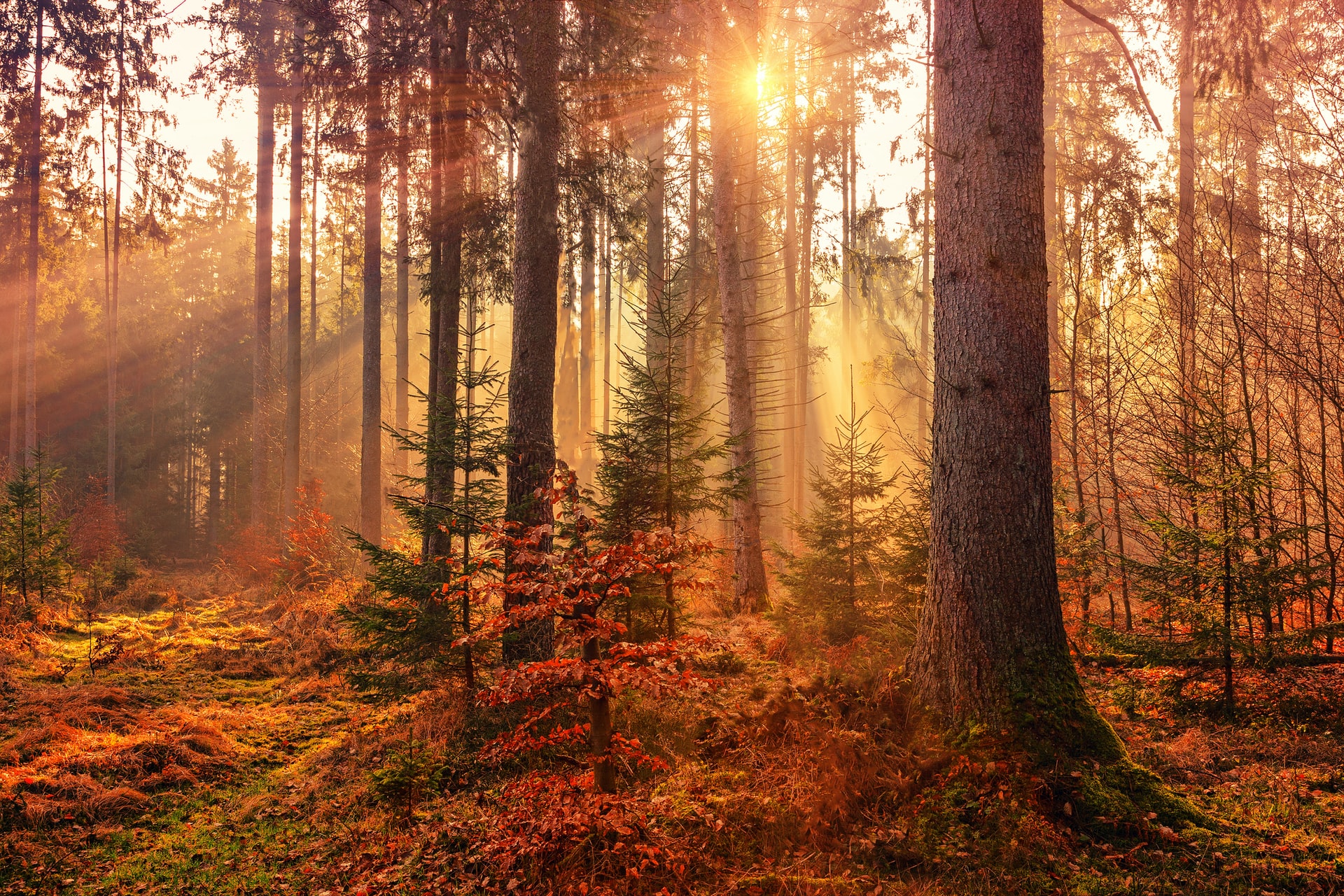 Hint: It has to do with your frequency, daily habits, and a few other ‘gems’.

What Is The Pineal Gland (Third Eye)?

The pineal gland, just to recap for those who aren’t aware, it’s a tiny, it’s a tiny gland located basically directly in the middle of the two hemispheres of your brain, responsible for your connection to your soul, to the spirit world, to all sorts of things like this.

It’s also very involved in the dreaming process and, but for most people it’s calcified, meaning there are phosphate crystals that are formed, which have crystallized and hardened around the pineal gland.

What does this mean?

Well, it’s basically nowhere near as effective as it should be or could be.

In many cases, it doesn’t work, at all.

How To Unblock or OPEN Your Pineal Gland (Decalcify)

There are a number of ways to essentially de-calcify the pineal gland and activate it once more, so that you can start utilizing the abilities that the pineal gland will allow you to experience.

The pineal gland for most people, is ‘calcified’.

Meaning there are phosphate crystals that are formed around the pineal gland, which stop the true potential of the pineal gland being unleashed. The good news is it’s possible to decalcify this.

So let’s just jump right in and I’m going to start by explaining exactly how you can Decalcify your pineal gland. Now, as I’ve explained before, there are various reasons you’d want to do this.

This is probably the most important thing/s you need to avoid. What’s known as scat.

Now, scat is a term which if you’ve done any sort of dieting, any working on your health or things like this, you would have come across the term ‘avoid scat’.

They have lots of sugar, they drink several cups of coffee a day. They drink alcohol at the weekends or in the evenings and they smoke tobacco. These four things, especially combined, are basically destroying your pineal gland as well as other areas of your health and wellness and your body.

I’m sure this doesn’t come as a surprise if you really think about it, you know this anyway, it’s sort of, self-explanatory, it’s common sense.

You know, these things are bad for you.

Meaning anything, especially these four things that you put into your bloodstream are going to flow directly to your pineal gland, and influence it and manipulate it more than anything else.

So it’s even more important to avoid these bad stimulants here, If you want to decalcify your pineal gland.

Now the next thing, it goes without saying that fluoride is a poison.

It literally was first used in a Nazi concentration camps when they wanted to subdue the people and make them docile, weak and essentially degrade their health slowly over time as a form of torture, fluoride is bad news it’s poison.

And if you actually look on the back of your toothpaste tube, you will see that it says, if you consume more than a pea sized amount of toothpaste, you need to call contact poison control because it’s dangerous.

And even that, EVEN THAT spec is dangerous enough that they have to legally put on the bottom of the toothpaste tube, contact, poison control.

If you consume this, even that one speck of fluoride, because they know it’s dangerous. However, for various reasons they insist on keeping fluoride in toothpaste.

Despite claims, despite evidence, I should say that it doesn’t help with taste decay.

It doesn’t help prevent tooth problems. It’s basically a poison that is used by the government and other systems of control, to keep you docile, and weak, especially in terms of your pineal gland.

I’m not going to go too much into that, but you want to basically you want to get fluoride free toothpaste, and this can be in the form of aloe Vera based toothpaste.

There are loads of options you have these days, basically just looking at ingredients as the things that you consume, especially your tooth paste and avoid anything with fluoride inside.

That’s all you need to do.

should also mentioned that water in most parts of the U S and also some parts of Europe is fluoridated. Meaning the government and the systems, which control the water supply pump fluoride into the water.

In hopes of, I guess, ‘reducing tooth decay’. That’s what they publicly say.

But the real reason is a little bit more sinister. However, this is not the end of the world. You can actually get fluoride filters which plug into your tap.

They’re not cheap, but they are very worth getting.

I would say, especially when you consider the downsides and dangers of fluoride, um, essentially this is the cost. You have to pay these days to have clean drinking water.

Especially when you’re going to feel the effects and benefits.

You’re going to feel the benefits just from having that fluoride free water.

3: Eat More Fruits And Veggies! (But Only Organic!)

All right, next thing, vegetables, fruit, and vegetables, which by the way, you should be eating lots of, they will be coated in most cases, if you don’t get organic fruit and veg in pesticides, now pesticides are essentially poison.

They do contain sometimes traces of fluoride, but mainly it’s just other heavy metals and bad chemicals.

All you want to do is avoid non-organic as much as possible.

So you want to try and go and buy organic fruit and veg as much as you can. If you have to get non-organic, then just wash it, just give it a good rinse under some cold running water (which also should be fluoride-free).

That will get rid of the vast majority of pesticides from the fruit and veg.

You should be eating raw fruit and veg as much as possible. That’s not always the case. You will have to also get your calories from things like starches, rice, potatoes, pasta, that sort of thing. However, raw fruit and veggies should be a large part of your diet.

That’s there’s no debate about that.

If you really think about it, and if you research it enough, you will figure out that, especially if you look at things like the China study, the raw plant based diet is the healthiest.

So go raw as much as possible, incorporate raw, or plant based things into your diet. As much as you can.

Now, garlic is a good antioxidant. It’s also a good, way of detoxifying yourself from the effects of fluoride. And it’s a good way of de calcifying the pineal gland. So you want to look at getting some garlic the way, the way I do this is I just have a jar of garlic, sprinkles, you know, ground garlic.

And I just apply it to most of the meals I cook, especially if I’m starting with like a base of onions and mushrooms, which I start most of my meals from that base.

Then you can just apply some garlic to that while you’re frying the onions or whatever, and that’s going to get your garlic in your diet.

Now, another thing you can do, which will help you detoxify from the effect of fluoride is you can consume some citric acid.

This is mainly found in your diet, but there are other forms of this as well.

Now this is that yellowy sort of golden powder that you’ve many maybe seen, is used in many Curry dishes, many, Indian dishes and, all sorts of things like that.

It’s very cheap, very easy to buy, and you don’t actually need a lot of it. You just need maybe one spoonful of this a day, one teaspoon fall. And that will be enough to get you the benefits it’s going to detoxify yourself and it’s gonna help.

Decalcifying the pineal gland very, very important. It’s also got a number of health benefits across the board, so very worth getting some turmeric.

Now, the next thing, if you actually have already consumed a lot of fluoride, which most people have, you know, through water and toothpaste, et cetera, you can actually consume iodine supplements.

Now this is a natural way of detoxifying yourself and removing the fluoride from your pineal gland and from your system.

So detoxing with iodine is recommended, but do your research, you know, check the dosages, check the interactions with other things you might be taking and, and go from there.

6: Get LOTS Of Sunlight Every Day

The next thing is you need to make sure you get a lot of sunlight. Sunlight is going to really help with your health, not just with detoxifying and unlocking your pineal gland, but just in general.

So get outside in the first hour of the day, you get lots of sunlight, exercise, sleep meditation.

These things are all going to massively help with detoxifying and unlocking the pineal gland.

But it’s obviously not over yet.

How Can You Protect Your Pineal Gland

To protect your pineal gland in the FUTURE, there are some things you can do.

Firstly, remember that your VIBRATIONS and frequency play a huge part.

But that can be difficult to remember to do.

There are so many things you could do improve, so much you could learn.

I’ve basically collected everything I’ve learned and put it all into one detailed biohacking vibration program for you.

It’s called the ‘Superhuman Optimisation System’, and it will help to speed up your spiritual growth, help you astral project more. You’ll be able to feel better. You’ll have more energy, you’ll sleep better.

You’ll be attracting abundance and positivity in your life.

But more importantly, your vibrations and frequency will be up here all the time. Your default state of being will be high vibration. Now that will mean you will attract opportunities.

I’ve learned so much, I’ve researched and everything I’ve experienced, I’ve put it all into one course called the ‘Superhuman Optimisation System’.

If you follow this course, even just within a few days or a one to two weeks, people will start noticing how different you are, your energetic signature, as in how people react to you.

When you walk into a room will be completely different.

This is not just spiritual practices.

I’m including here. I’m marrying the spiritual side of things with the science practicality and the biohacking because biohacking is one of the other interests and backgrounds I have.

So I’ve basically combined biohacking and science with spirituality, combine the two into a complete course where it will show you how to raise your vibrations and frequency in a really powerful way, not just right now, but also for the rest of your life.

To learn more about this, click here and watch the free video training I put together.

It’s a beautiful ‘masterclass’ that you can watch right now, for free.

If you like what you learn, there’s the option to take it one step further, and join our Superhuman Academy, but it’s entirely up to you and where you’re at in your personal journey.

Either way, I hope you implement these vibration raising ‘hacks’, and start changing your frequency today!