What Is An Open Mind? Spiritual Growth 101 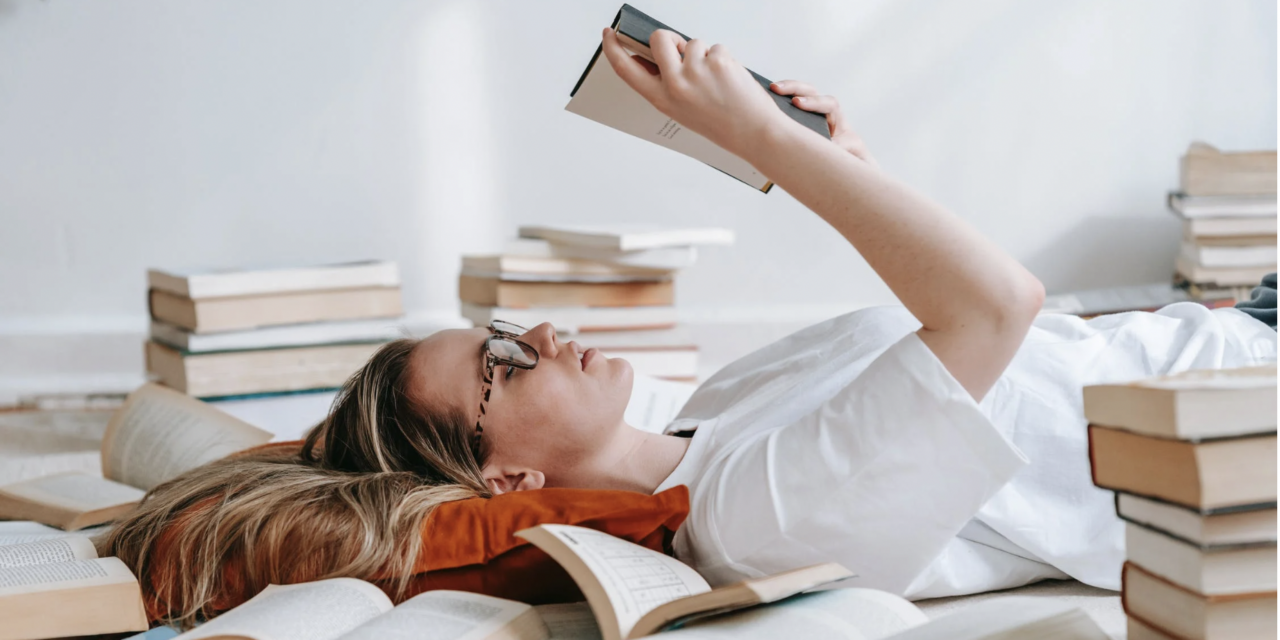 Do you think you have an open mind?

A lot of people, especially those who are on their spiritual journeys, would answer ‘yes.

But what if I told you that the answer should actually be ‘no’?

It’s easy to think that you have an open mind when you actually don’t.

But don’t worry. Everyone, including me, could fall into this mental trap.

And there are things that you can do in order to change that.

Awareness is the first step towards change. If you want to truly have an open mind, then keep reading.

An Open Mind For Spiritual Growth

An open mind is crucial not just for spiritual growth but also for life in general. A lot of people think that they have an open mind when they actually don’t.

We’re gonna discuss what it actually means to have an open mind and what you can do to become a truly open-minded person.

What Is An Open Mind?

In general, what makes you open-minded is having the willingness to actively seek evidence contradicting one’s preferred ideas or beliefs, and analyze them fairly when they become available.

Being open-minded does not mean that you have indecision, wishy-washiness, or inability to think for yourself. It just means that you know that what you know is not always the absolute truth.

Having an open mind also means having humility. The ego always wants to be right and it takes a lot of humbling to always be open to new ideas and always be ready to question one’s own beliefs.

“The only true wisdom is in knowing you know nothing.” ― Socrates 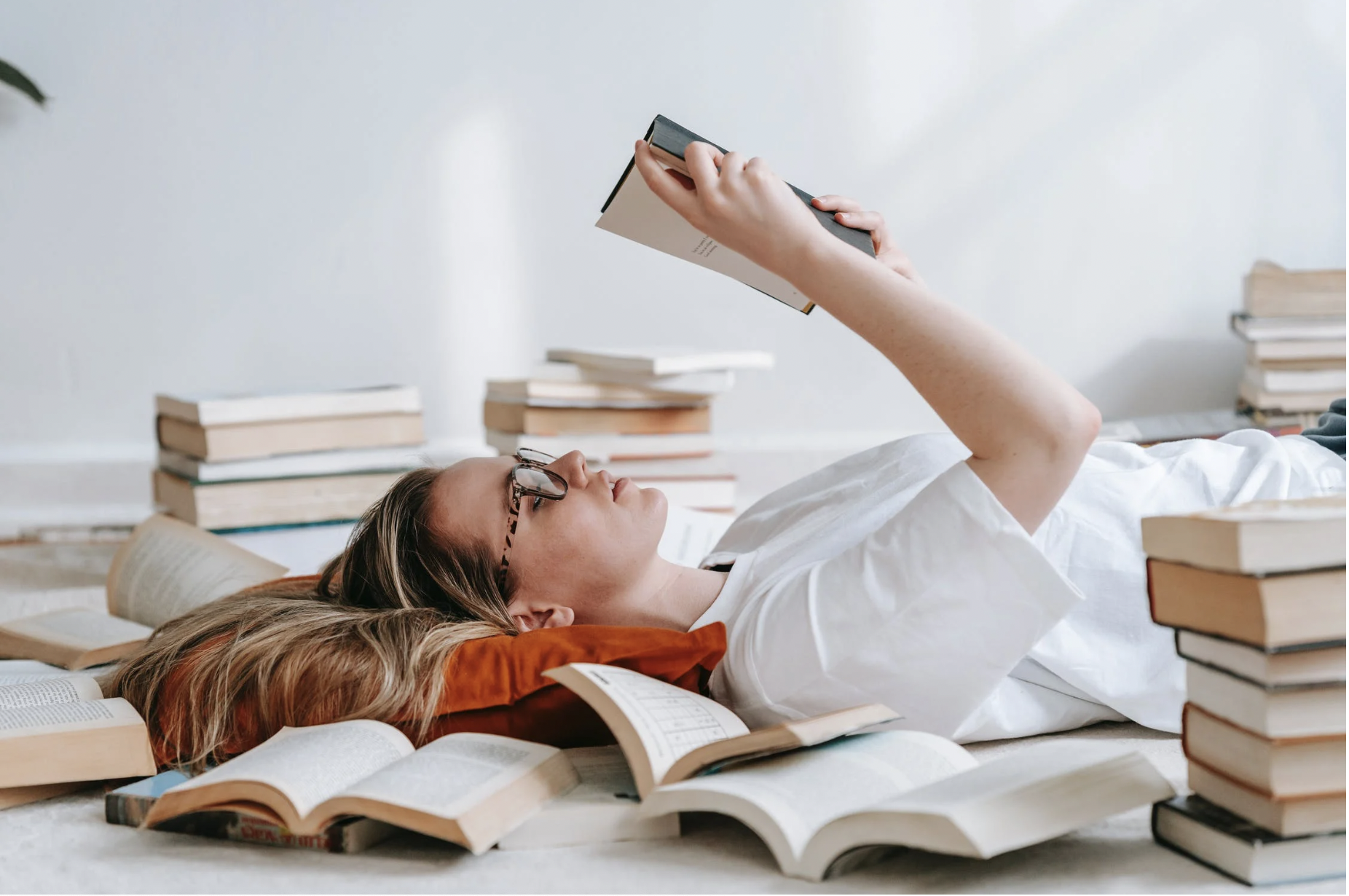 Why Open-Mindedness Is Important

I believe that everyone should strive to have an open mind.

Why do we need to be open minded?

Because you will meet numerous people in your life. People who practice a different religion, live in a different culture, or just have different views.

Learning never stops. No matter how smart or how wise we are, we can always be wrong. Even scientists or experts get proven wrong all the time.

And those people spend their most important hours learning by reading, researching, observing, and experimenting. 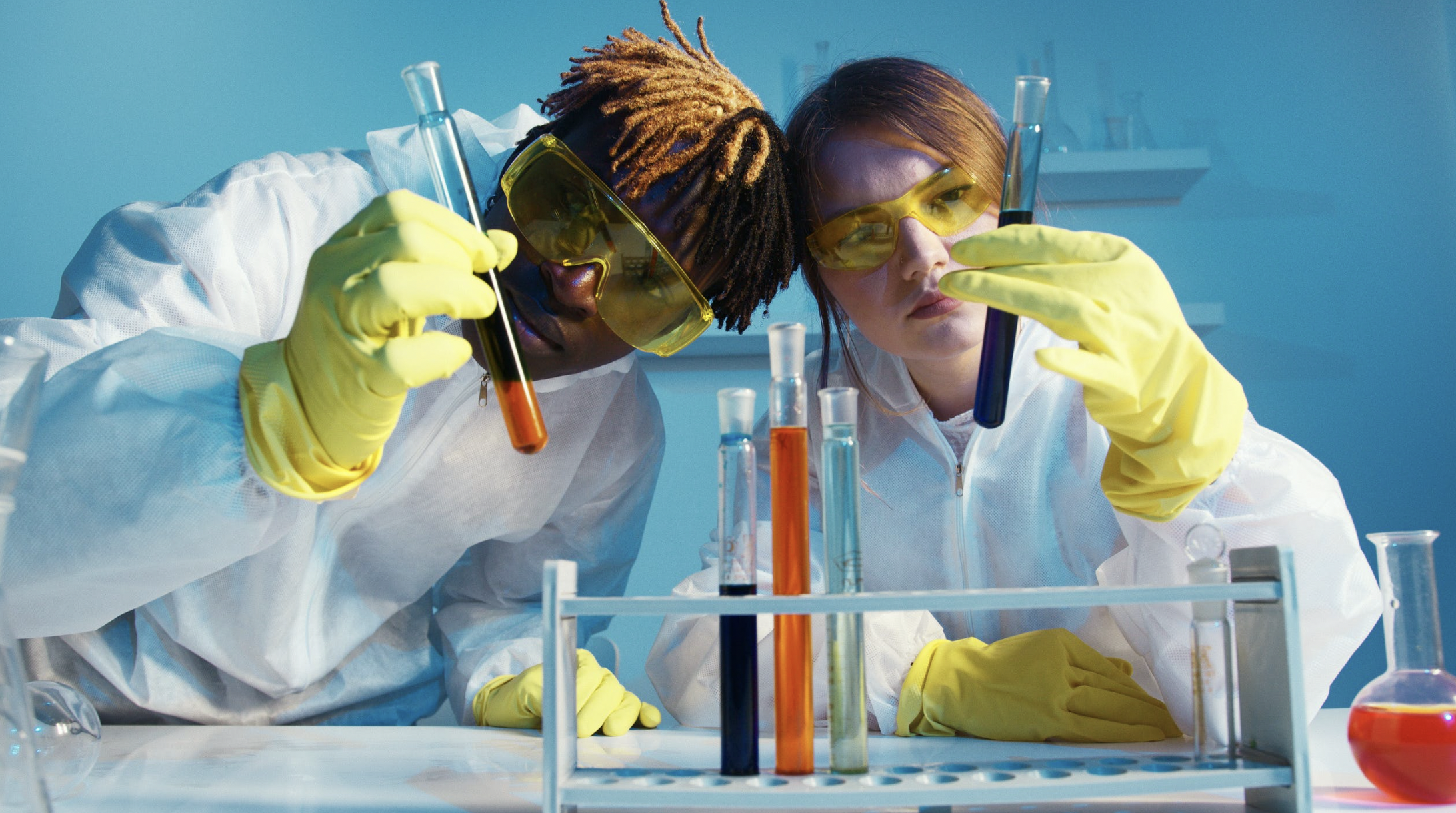 Having an open mind is also vital for your spiritual growth. As I said, it takes killing your ego to have an open mind and admit that you can be wrong.

The ego is one of the biggest barriers to our spiritual growth.

If you feel like your growth has hit a plateau, here are some spiritual biohacks to help you achieve faster results.

Why You Probably Don’t Have An Open Mind

There’s a chance that we may not be as open-minded as we think we are. This applies to spirituality, consciousness, science, and really any area of life.

I don’t care how many times you read books or watched videos about how to stop being narrow-minded.

We’re only human after all. We can easily fall victim to mental traps. 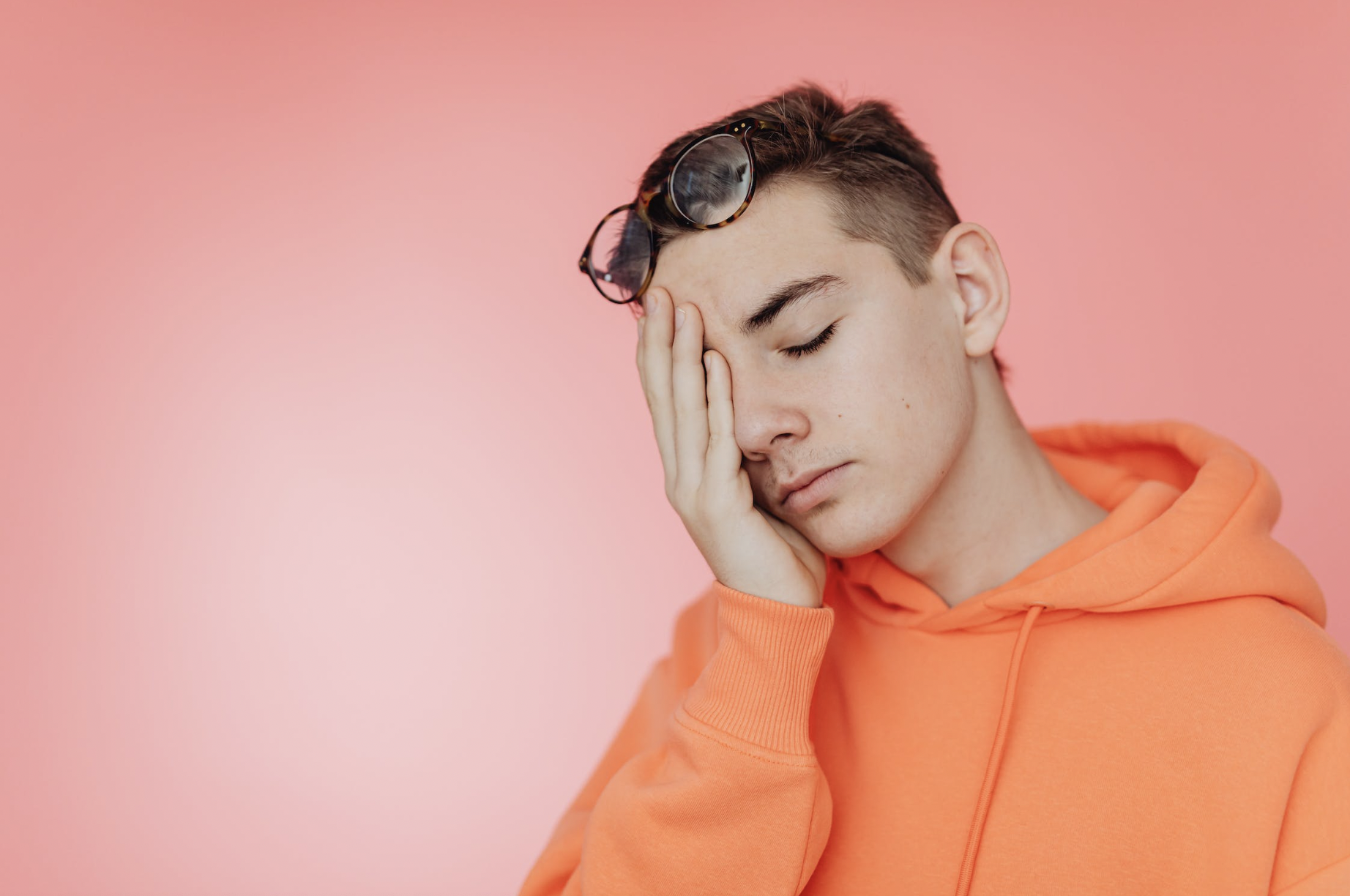 Everyone, including myself, at some point or another, has had this sensation or false belief that we know everything.

Do you remember a time when you thought you were so sure about something and realized afterward that you were wrong?

For sure, you do and it can happen again.

How Do I Train Myself To Be Open-Minded?

Being an open-minded person is a great thing but it’s not something that everyone is born with.

Do you find it difficult to think about things in different ways? Has someone ever said that you were being stubborn?

You might be one of those people who are narrow-minded but you have no idea that you are.

The good news is that you can train your mind by practicing and enhancing your open-mindedness. 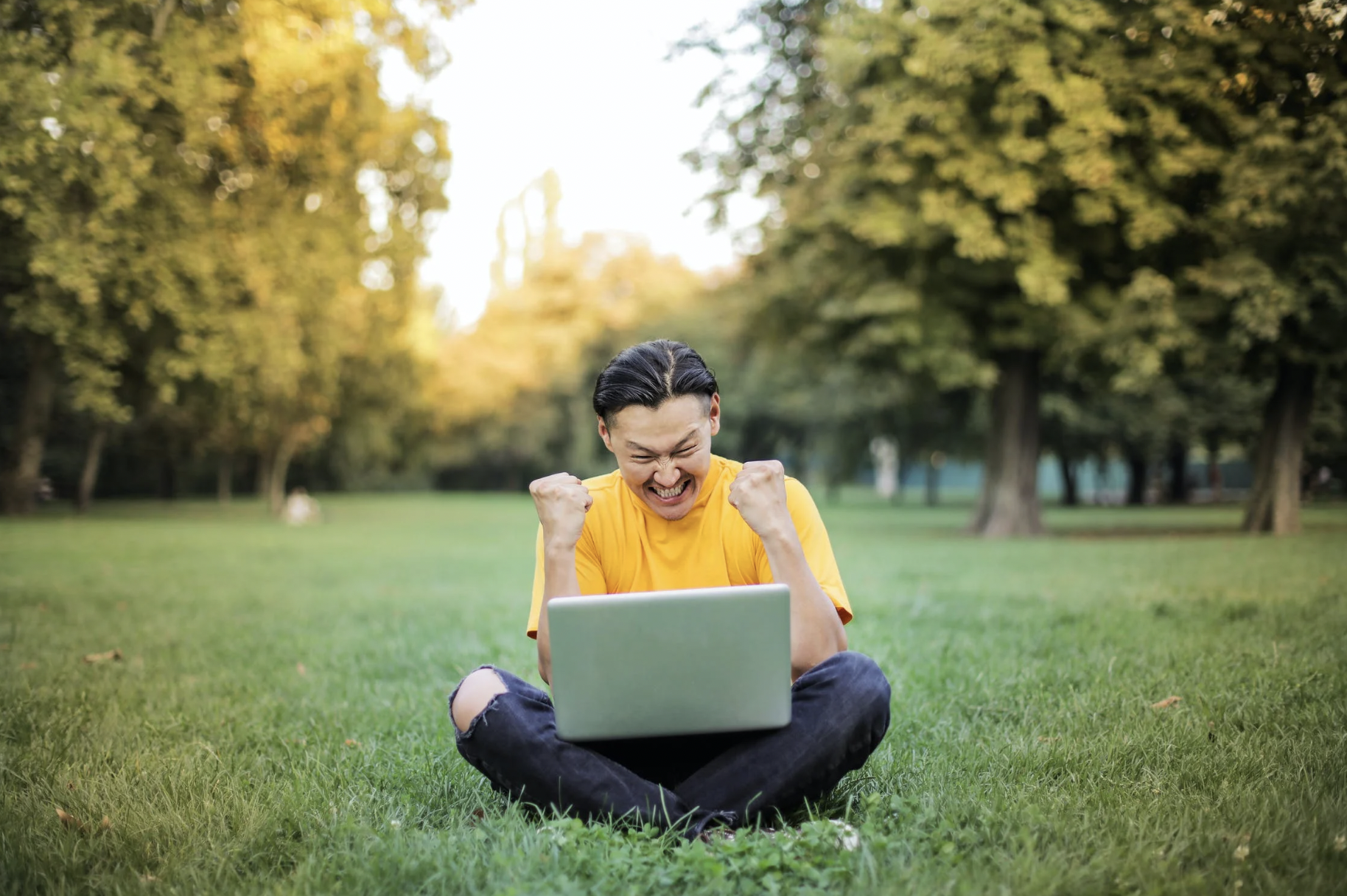 You have to reprogram your brain into a different way of thinking and you can do this with repetition.

One method to overcome this is by “active” open-minded thinking. People that actively think in an open-minded manner consider different views rather than merely looking at things from their own point of view.

I will give you the ways that have personally helped me ensure that I am always keeping an open mind.

You can write them on paper or even on a whiteboard so that you will always remember to practice them daily.

How To Have An Open Mind

To make it easy for you, I have come up with 3 ways to be more open-minded. 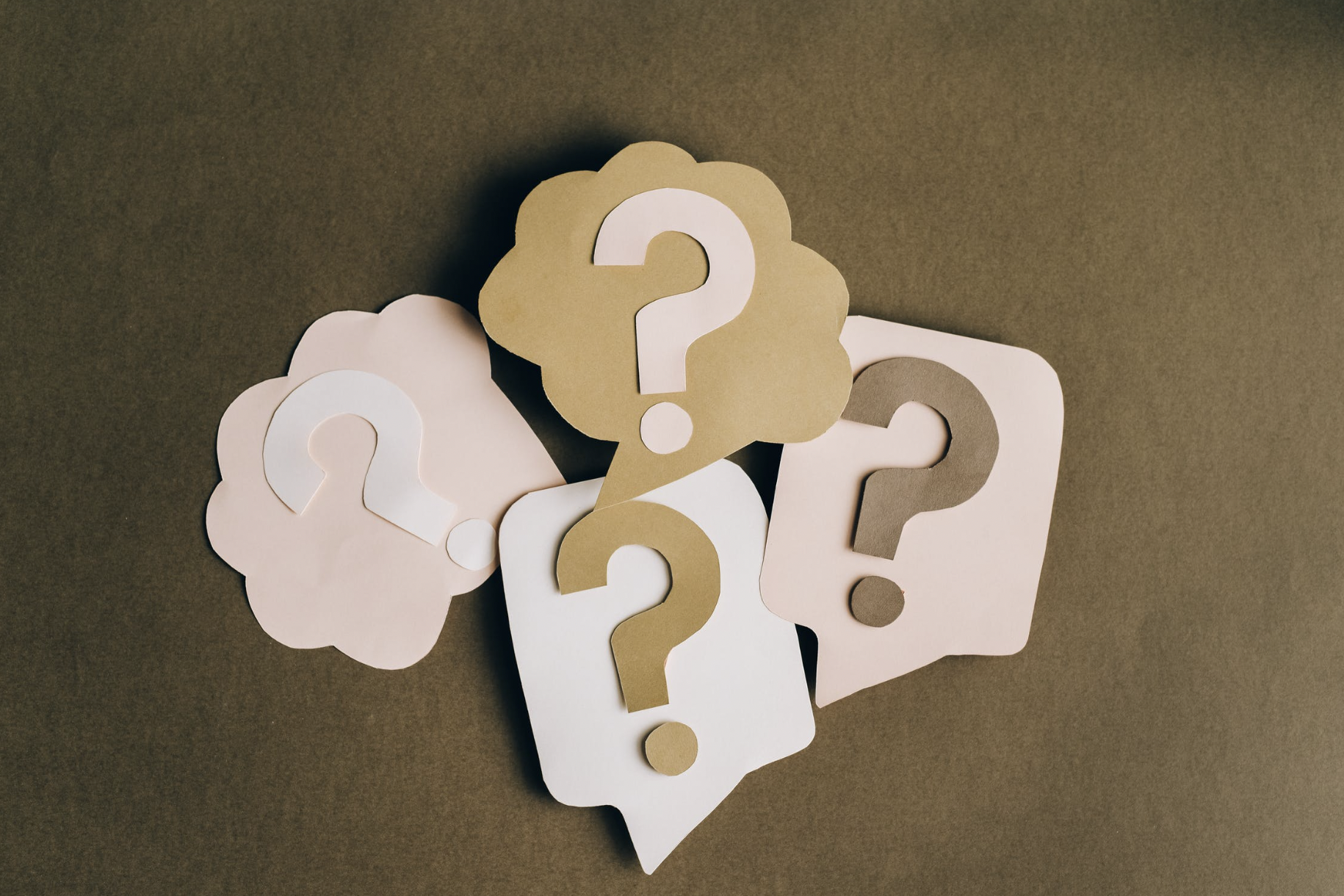 1: Step Back And Ask Questions

It’s so important, in my opinion, to constantly step back and ask questions.

Step outside of your beliefs, forget about your ego and don’t be afraid to ask questions.

Be very aware of yourself.

It’s okay to have strong beliefs but ask the following questions.

“How can I be sure that this is true? Or could this opposite belief also be true?”

Always be open to other perspectives, opinions, beliefs, and other ideas.

Getting caught up in this narrow-minded thinking is more common than you think. 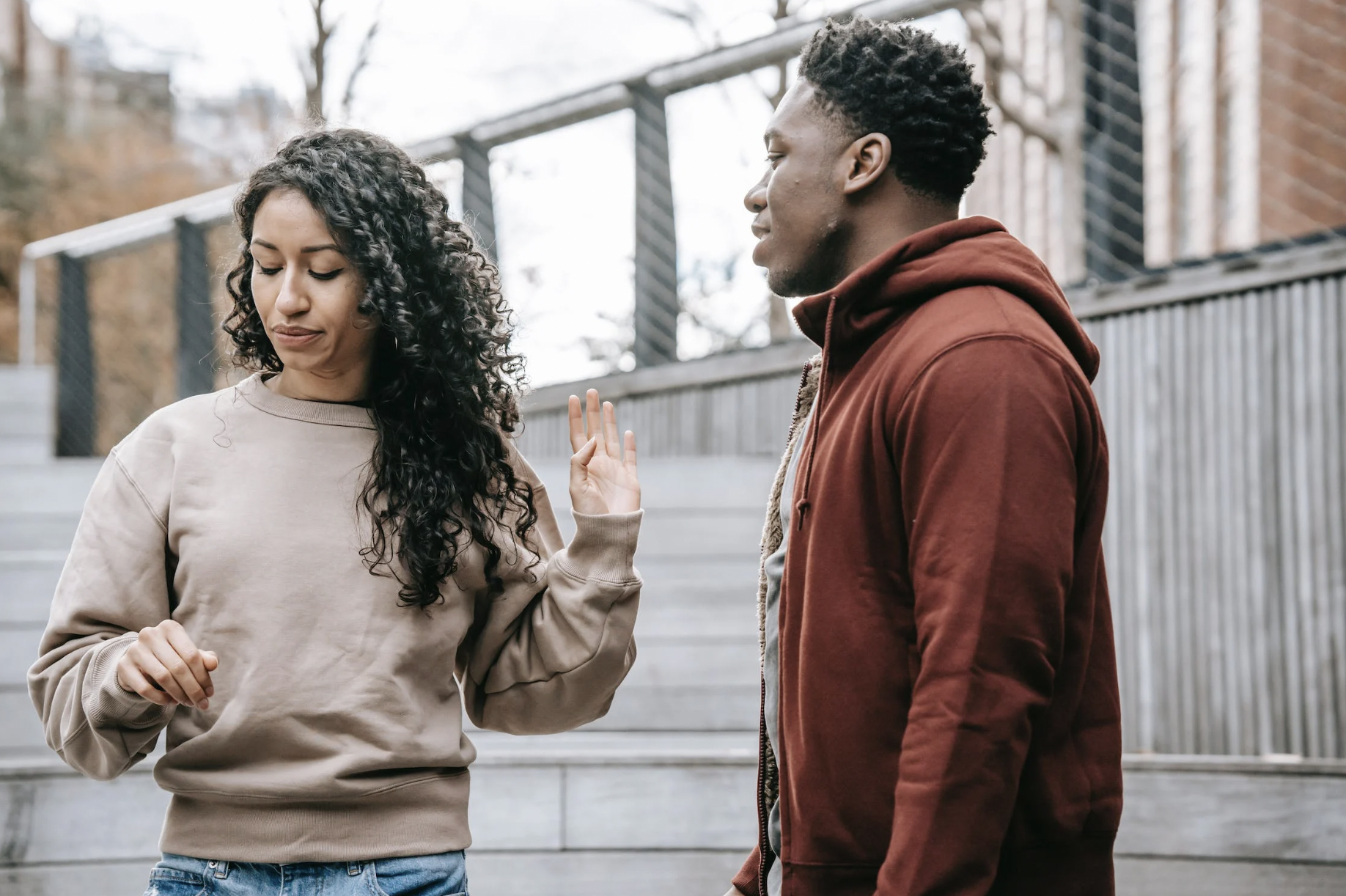 When you have a strong belief about something, you disregard everything that opposes that before you’ve even heard them.

“This is my truth and I will stand by it no matter what.”

You’ve got to remember that in many cases, your beliefs were at some point formed.

We didn’t come out of the womb already having a belief system and structure of what we think the world is.

We formed beliefs based on experiences, learning things, and hearing other ideas from different people.

The most influential people in programming our beliefs are our parents or whoever was around us while growing up.

So if they can be formed from our environment, then it seems silly to latch on to the beliefs you’ve formed early on but disregard the ones you hear later on.

Just because you think you know something doesn’t mean it’s actually true. It might also be that you don’t know the whole story. 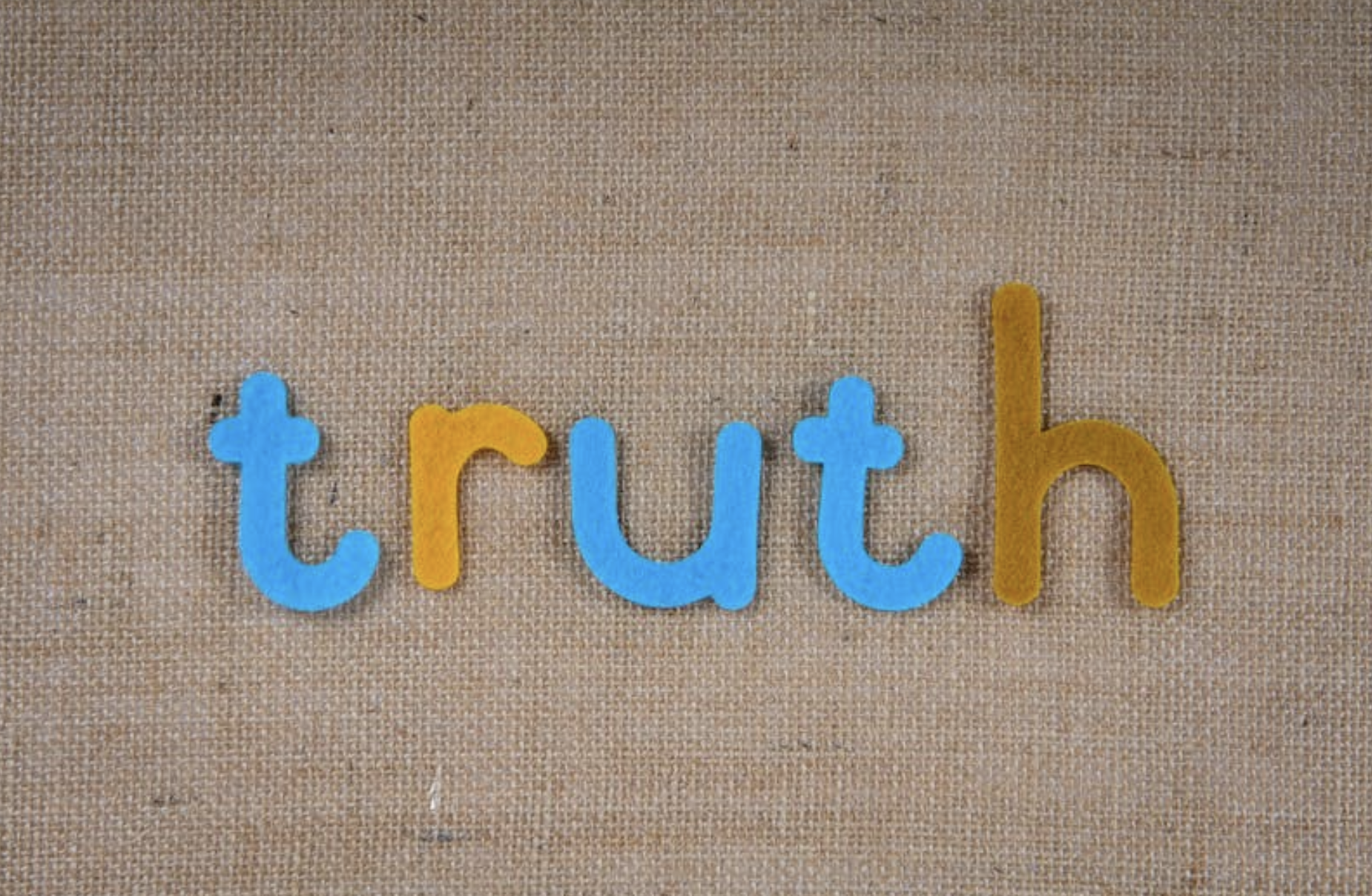 2: Know That The Truth Is Immutable

Another thing that we should be aware of is that just because something seems obvious, doesn’t mean that it’s the absolute truth.

Just because it seems that that is the most rational explanation, doesn’t mean it’s the only explanation.

This also goes the other way around. Just because you think something seems impossible, doesn’t make it impossible.

Sometimes what we think is impossible is actually the truth and what everyone believes is wrong.

It could also be that what everyone believes is right and what a few people believe is wrong.

So the truth is basically immutable but our mind is mutable.

We need to remember that because it’s so easy to get latched into one group or one kind of mob mentality.

And this applies specifically to what’s been going on in the last year where a majority of people believe one thing, but the truth is actually the opposite. 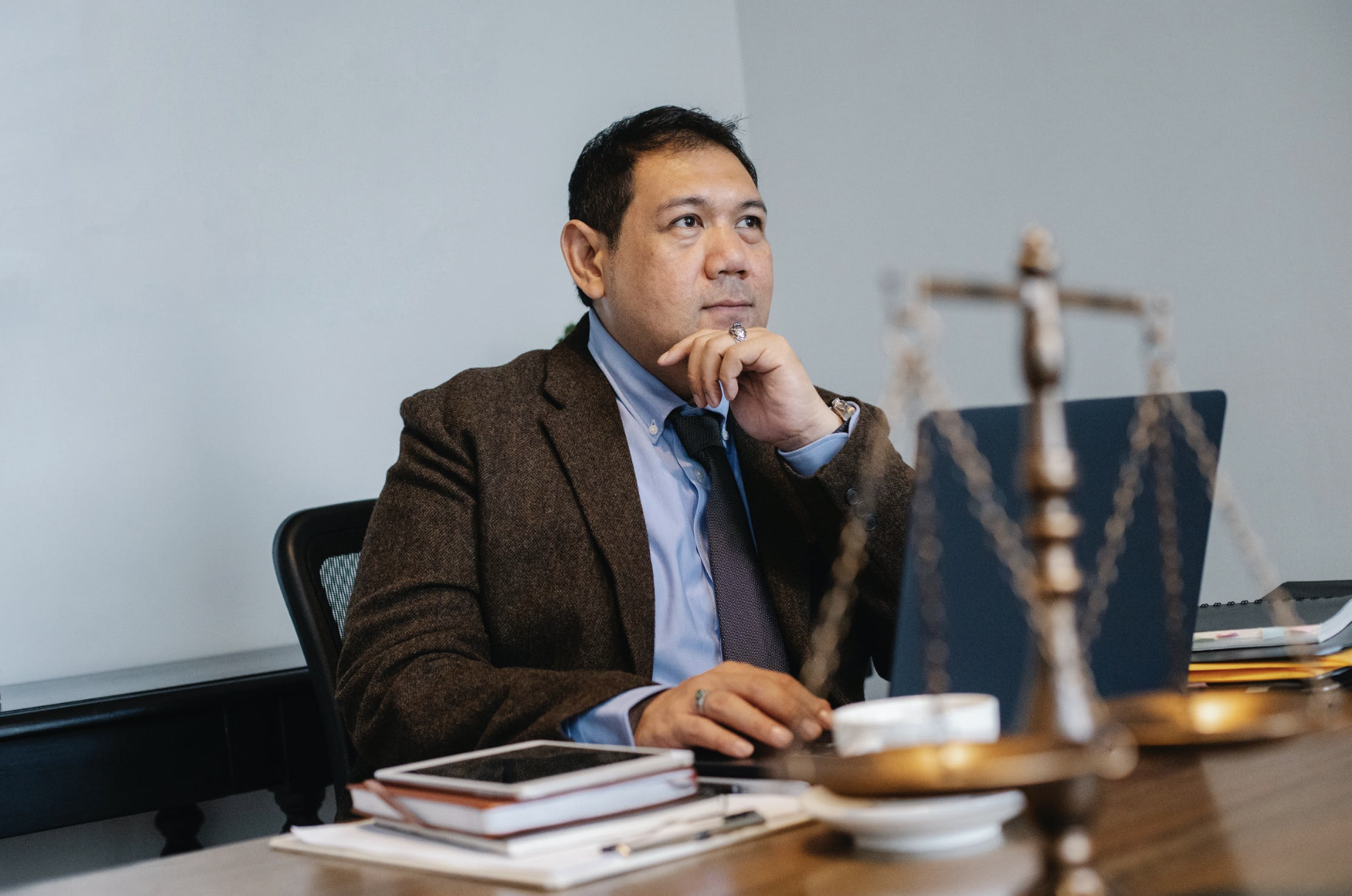 In my opinion, the best way to be open-minded is to always be ready to reflect on and accept new ideas.

Every time you hear new information, every time you research or learn something new, try to look at them in a completely unbiased way.

That’s much easier said than done but it will get easier through practice.

Be self-aware if you’re being biased, especially when having a conversation with somebody who has a different belief than you.

Keep your beliefs in mind but also keep them out of the way.

Really listen to them and ask questions as if you were a neutral third party.

Do this instead of immediately thinking: “no, you’re wrong, and here’s why.” 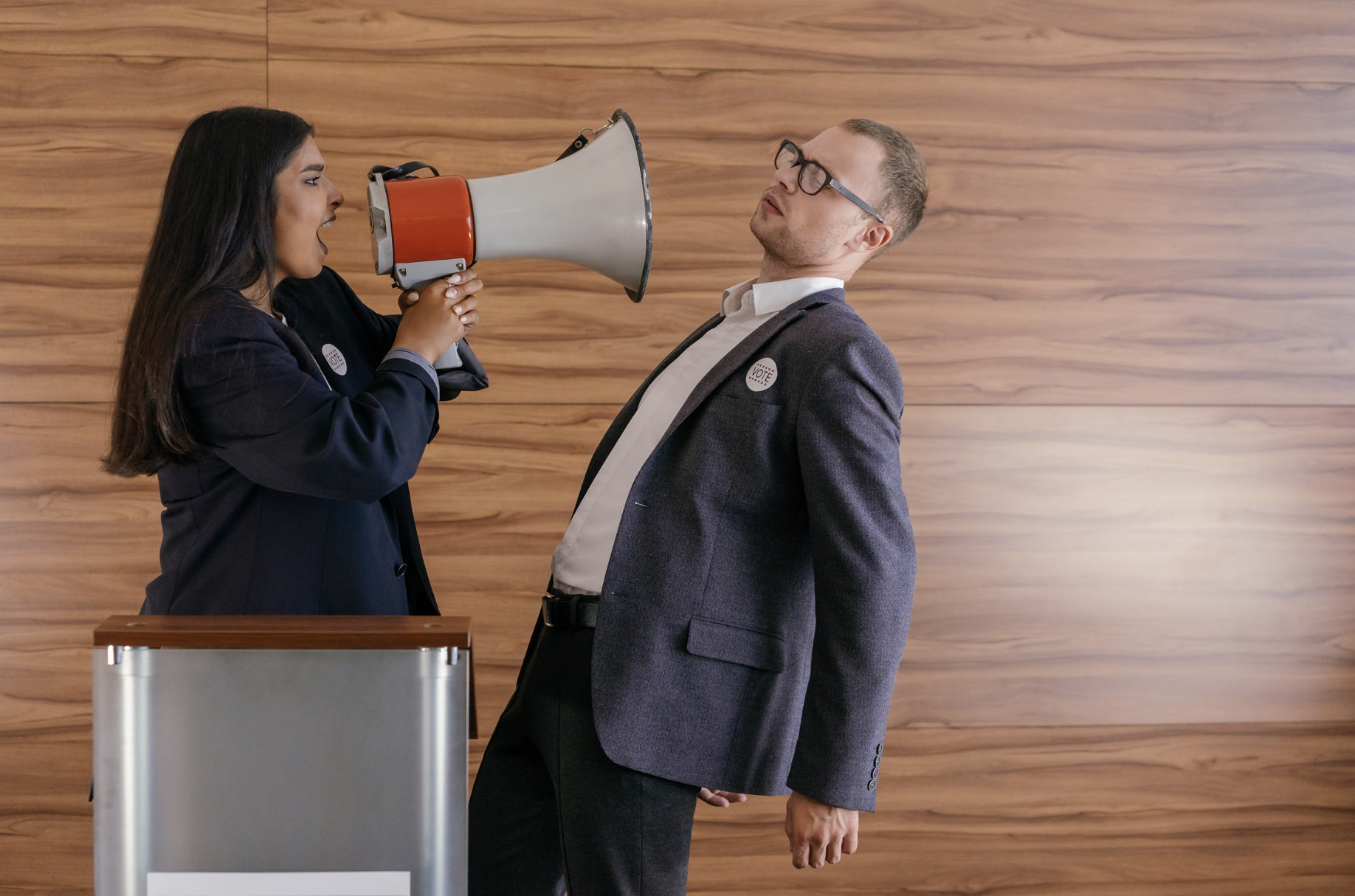 That’s a good way to start a debate or argument for sure but there is a place for that.

In most cases, it doesn’t really help either party. It just makes the polarity even stronger.

I try to do this as much as I can but I still make mistakes sometimes.

Everything is possible. And maybe agree to disagree.

Creativity in critical thinking is also important logic might not explain.

Left-brained logical physicists can’t explain the things that are happening in the quantum realm. 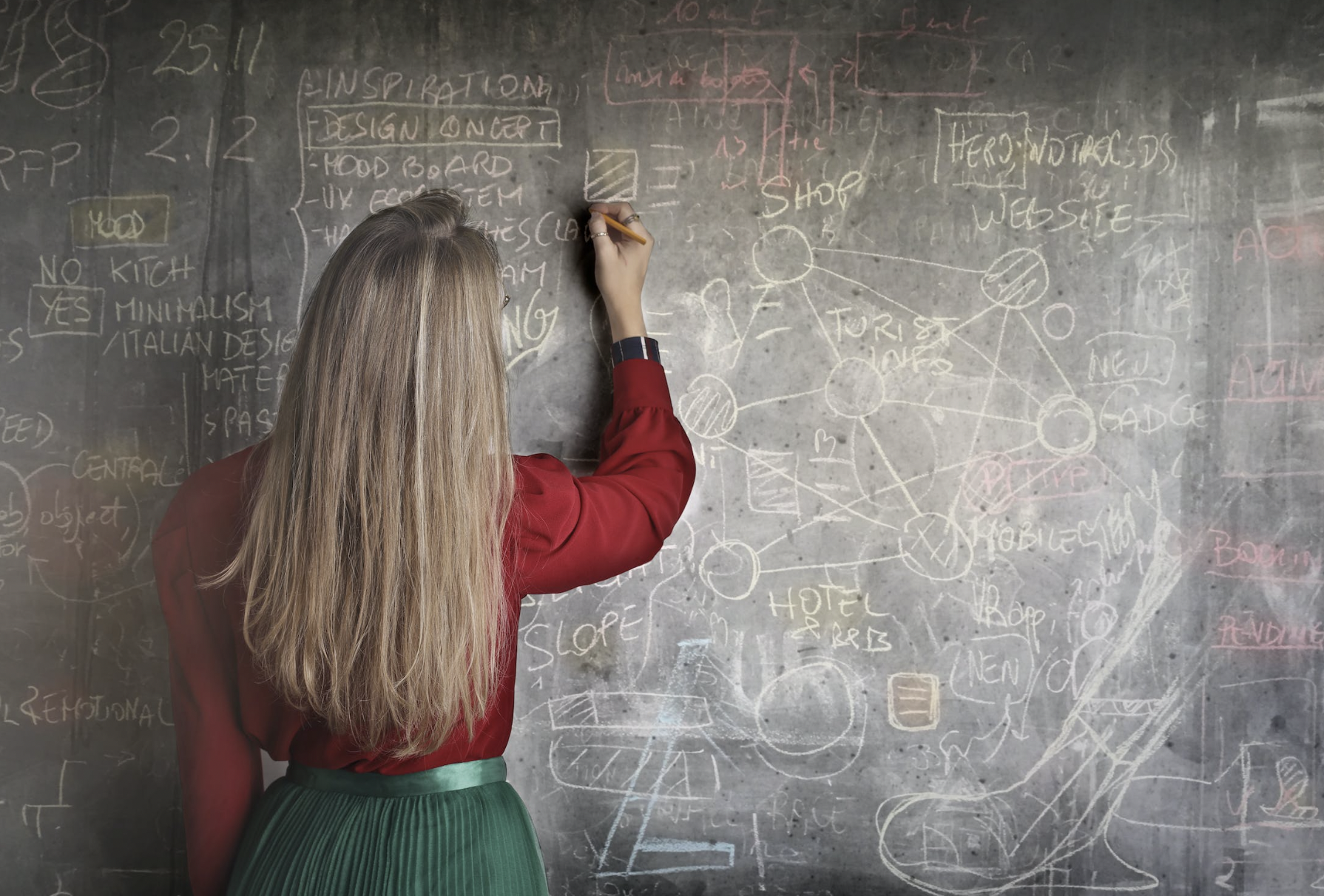 In other words, he was curious as to what a person may think or do to influence another person.

Three groups were divided. One group held the vials while producing feelings of love and appreciation and the second group just looked at them with the intention to wind and unwind the DNA.

The third group, however, was asked to combine producing the feelings of love and appreciation while setting an intention to wind or unwind the DNA.

In contrast to the other two groups, this third group DID cause a significant alteration in the DNA samples. In certain cases, the DNA coiled or unraveled by as much as 25%.

This study is intriguing for two reasons.

For one thing, it demonstrates that a human has the potential to influence another living entity (most likely another human) without ever touching them!

Second, it demonstrates that both thoughts and feelings are required to impact change. 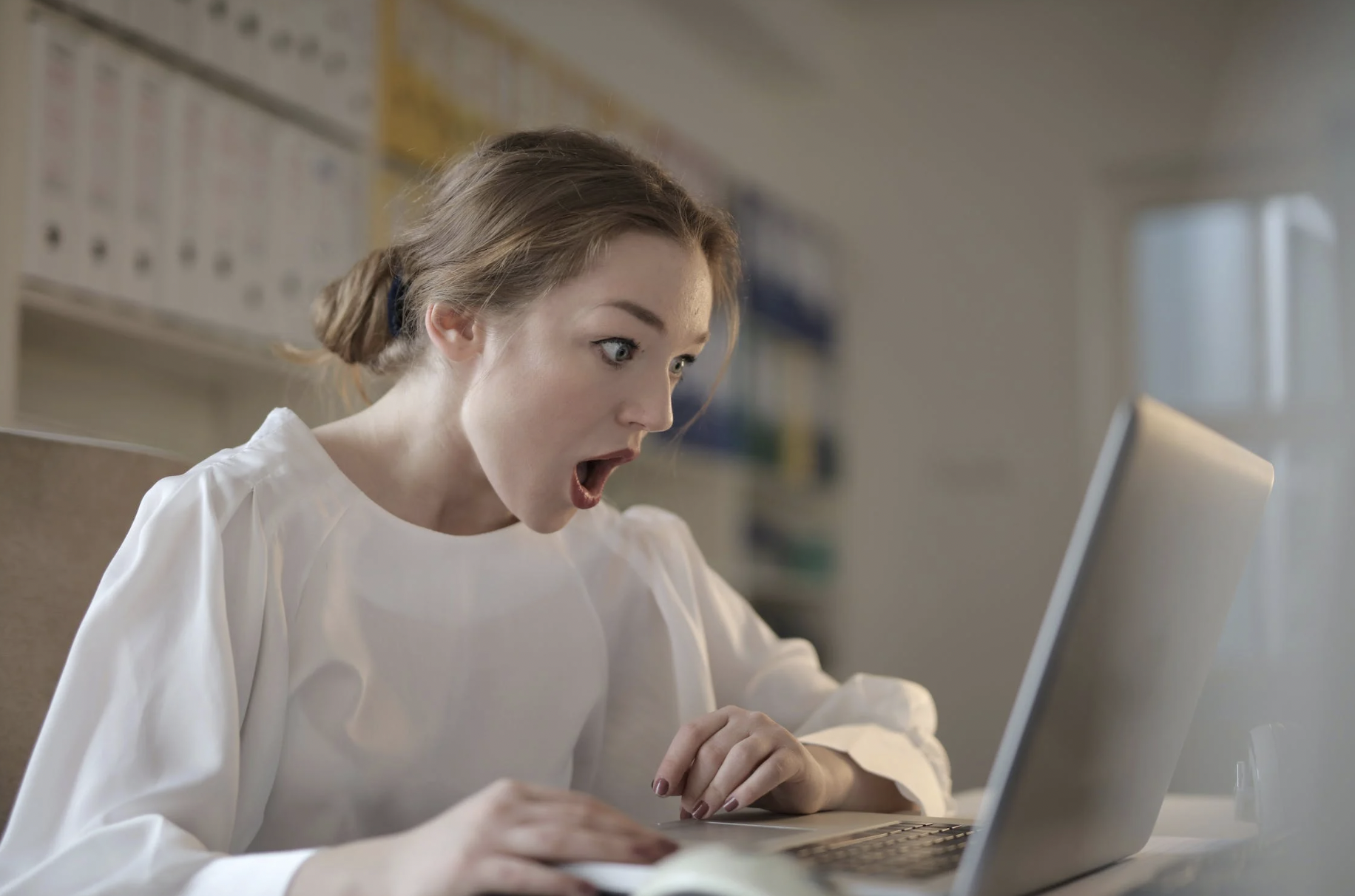 But obviously, the experiment did happen and so did the results.

There’s no physical explanation for how the person’s emotions and intentions can influence an entity but the proof is in the pudding.

Is Being Open-Minded A Skill?

Being open-minded is a skill because you can train your mind to have an open mind until you can expertly apply it to all aspects of your life where it’s advantageous.

According to research, open-minded people perceive the world differently, and as a result, they are happier, healthier, and more creative.

What Causes A Person To Be Narrow-Minded?

People can be narrow-minded when there’s a cognitive dissonance within the context of their current life. That’s if they discover that what they previously believed is simply not correct. The brain tends to hold on to what’s familiar. 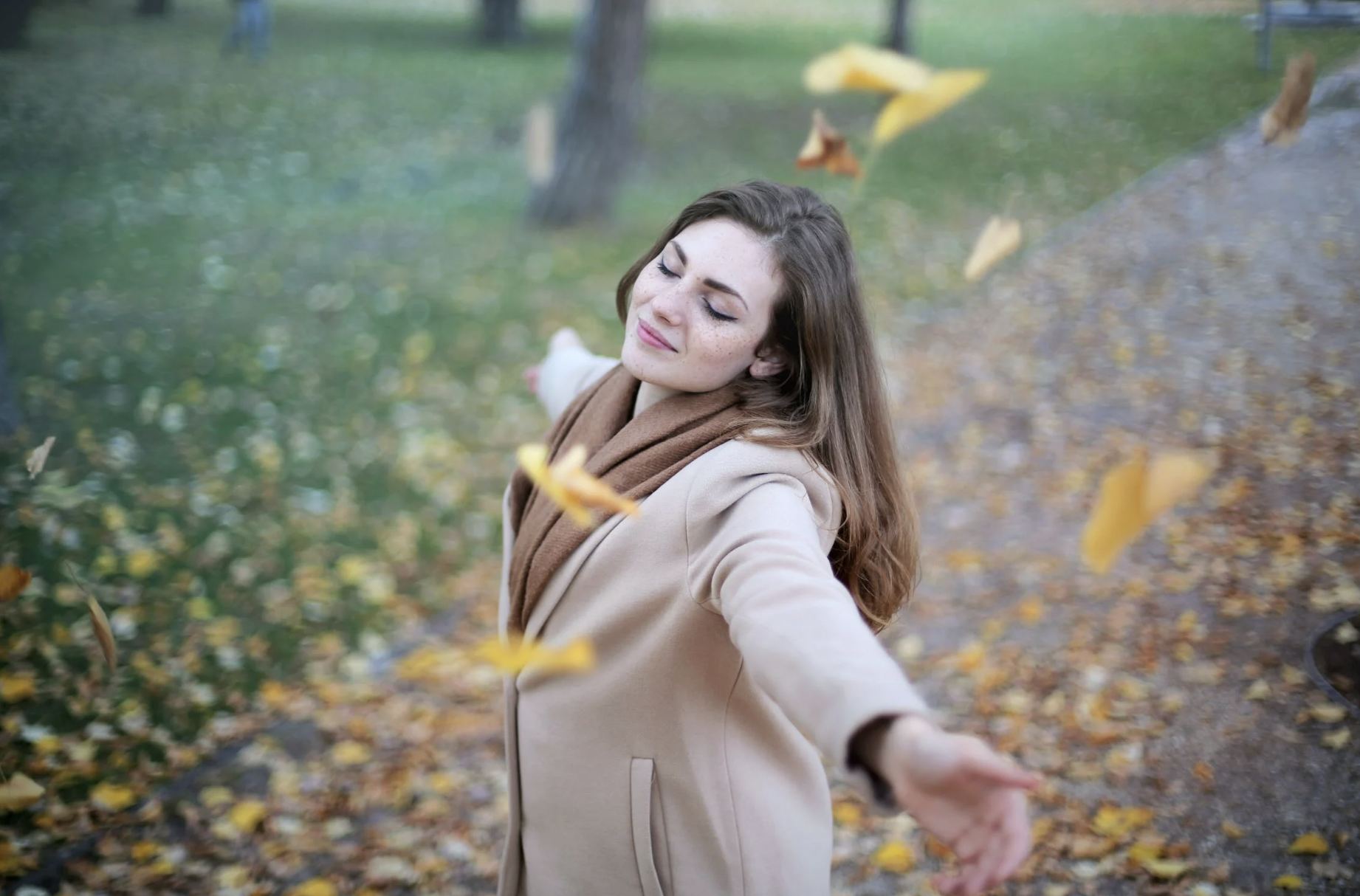 What Is An Open Mind?

Having an open mind means that you are always seeking new ideas or beliefs and being ready to analyze them fairly.

It’s knowing that no matter how much you know and how smart you think you are, there’s always the possibility of being wrong.

You may not always know the truth, there may be more valid explanations than what you think is the most rational one.

A lot of people think they have an open mind when they actually don’t because it’s easy to fall into mental traps.

But that’s okay because we’re only humans. The brain loves to thrive on familiarity and the ego likes to be right.

You can avoid being narrow-minded by helping yourself be reminded of what an open-minded person does:

Stepping back and asking questions, knowing that the truth is immutable, and always being unbiased.

You can write this and apply it to your daily life. Remember that with practice comes mastery and having an open mind is a skill that you can master.

Remember to watch my video on how to raise your vibrations which is essentially a summary of what I just said.

It’s an hour-long video that I created based on researching different viewpoints, concepts, ancient cultures, and methods.

It shows you how how to change your reality, manifest faster, and upgrade yourself.

There you have it! Now you’ve learned what having an open mind really is. Do you agree that you may not always be open-minded? Why?