Is Remote Viewing Real? What They Don’t Want You To Know

For a long time there has been great debate among scientist as to the authenticity of remote viewing. Some question whether it is a real phenomenon while others claim that it can be proven. Regardless of the side that you choose, one thing is for sure, there are many recorded accounts of remote viewing.

What seems to bother the minds of scientists is this very fact. The fact that remote viewing can be proven but it still remains a mystery as to how it works.

The most compelling evidence on remote viewing was classified information up until it was released to the public. A lot more information still remains classified however.

There are plenty of things in our world that we have not yet discovered. For those that we have some of them remain hard to explain. The main issue with us today is that we tend to criticize what we cannot explain. But if you are the type that leaves their mind open to new experiences, you might discover a world that you never thought existed.

An example is receiving information that goes beyond our physical understanding. Physical, because we may not be able to feel or touch. This doesn’t eliminate the possibility of it being real. Think of quantum physics which has long explained the existence of a reality beyond the physical.

Scientists have long studied the possibility of non-physical entities. But as is with the case of remote viewing above, most of that information is hidden away; classified. There is really no genuine reason why the study of paranormal events is being approached with negativity.

The good thing is as more research leaks out into the public, and more effort is put towards further research, more people are starting to look at this topic with greater curiosity.

Since the early 1970s, the US government has been conducting experiments with leading scholars to find out how paranormality can be harnessed as a tool for the greater good. One field that has been the focus of much attention is remote viewing.

There were some documents that were released in 1995 which show clearly that the CIA had been involved in remote viewing research at the Standford Research Institute in California. The main purpose of the research was to try and find out whether remote viewing could be used in intelligence gathering.

This provides clear evidence that paranormality has been a serious concept for a long time now. It is especially true when you consider that the program ran for up to 23 years.

One particular participant at the program was successful at describing objects tucked away in envelops. His name was Ingo Swann. Ingo could also describe locations that were hundreds of kilometers away.

One day Ingo Swann decided on remote viewing the planet Jupiter. During the time the NASA pioneer 10 was to make a flight around the planet. Ingo described a ring around Jupiter before the astronauts could even take a picture. 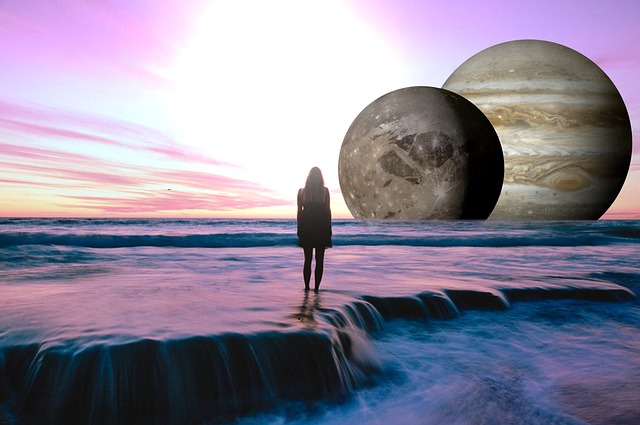 This incident was published by the Standford University, but was not official. Regardless, many scientists were impressed by the information and most accepted the existence of remote viewing.

Among the many different successes that Ingo Swann had was remote viewing the objects found on the moon. Unfortunately, he also went through mistreatment by some CIA officers. At times the CIA already had information on the locations he was asked to remote view. Ingo claimed that they never really needed his help.

The American Institute of Research

The American Institute of Research was also involved in the study of remote viewing. They carried out an evaluation on some of its potential practical uses. The institute also backed what the CIA had been after for a long time; that remote viewing could be harnessed to provide intelligence.

A panel made up of professors from different universities was set up. It was responsible for going through publications and to determine their authenticity. After reading through 80 of them, the professors determined that indeed remote viewing was real.

The Princeton Engineering Anomalies also made a study of remote viewing and determined that it was a real phenomenon.

It is clear to see that most if not all of the research on remote viewing has validated its existence. However, the topic seems to continue to be handled with secrecy. While it’s within the nature of the Department of Defense to keep information classified, sooner or later, it finds its way into the public domain.

What Can We Gather From the Evidence?

Remote viewing, out-of- body experiences, as well as everything else in the universe is somehow connected. We just do not understand HOW yet. While it may seem a bit farfetched for the unbeliever, it is actually possible to connect to another place, time or space.

As more and more people become aware of the existence of a world beyond the physical, they are trying to access these other dimensions, opening doors to new experiences and new possibilities that shape our view on reality.

Ingo Swann was not the only participant. Many people were used in the experiments held by the CIA. Surprisingly, some of them did not think they could remote view. When presented with the results, they were completely astounded.

Just to place emphasis on the possibilities of remote viewing, CIA officers themselves undertook the tests and were successful at describing distant locations as well.

There are many books out there on remote viewing and some of them give you step by step tutorials on how to practice it, you can read them here.

Or read our article about how to remote view!

We spent a lot of time collecting the most effective remote viewing techniques and methods!