SIRIAN Starseeds: What are they, and what are some signs you could be one?

We’ve written before about all of the starseed types and what they mean, but in this post we’re going into more detail on Sirians.

It is through the process of self-discovery, self-realization, and soul awakening that the starseeds discover their origins, abilities, and ultimately – their missions on Earth.

And since the entire planet works as a massive organism, our collective consciousness is taking that shift too. Most people are unaware of these changes, while some experience re-connections with their original energies, making them aware of who they really are.

For some individuals, these discoveries mean the revelation of their true origins, as souls seeded on Earth to help its people through the transition.

These starseeds are the souls of different beings incarnated into human form. And some of them are coming from Sirius – the brightest star in our sky.

If you’re on your own journey of self-discovery and soul awakening, any resonance with bits and pieces of this article may very well mean you’re a Sirian Starseed.

What are Sirian starseeds, and where are they from?

Sirians are conscious beings who connect with the Earth from the Sirius star system, one of our nearest celestial neighbors.

It’s a binary star system comprised of Sirius A, the home of the Sirians, and Sirius B – home to the water elementals.

Many scholars believe that the Sirians seeded humanity on Earth through the ‘Great Experiment’, combining their DNA with that of Earth’s primates. That technically makes them the creators of the human race; and their star system – the home of humanity’s ancestors.

Their reasoning behind the Great Experiment still remains a mystery, though it’s believed that it sparked the human evolution cycle. 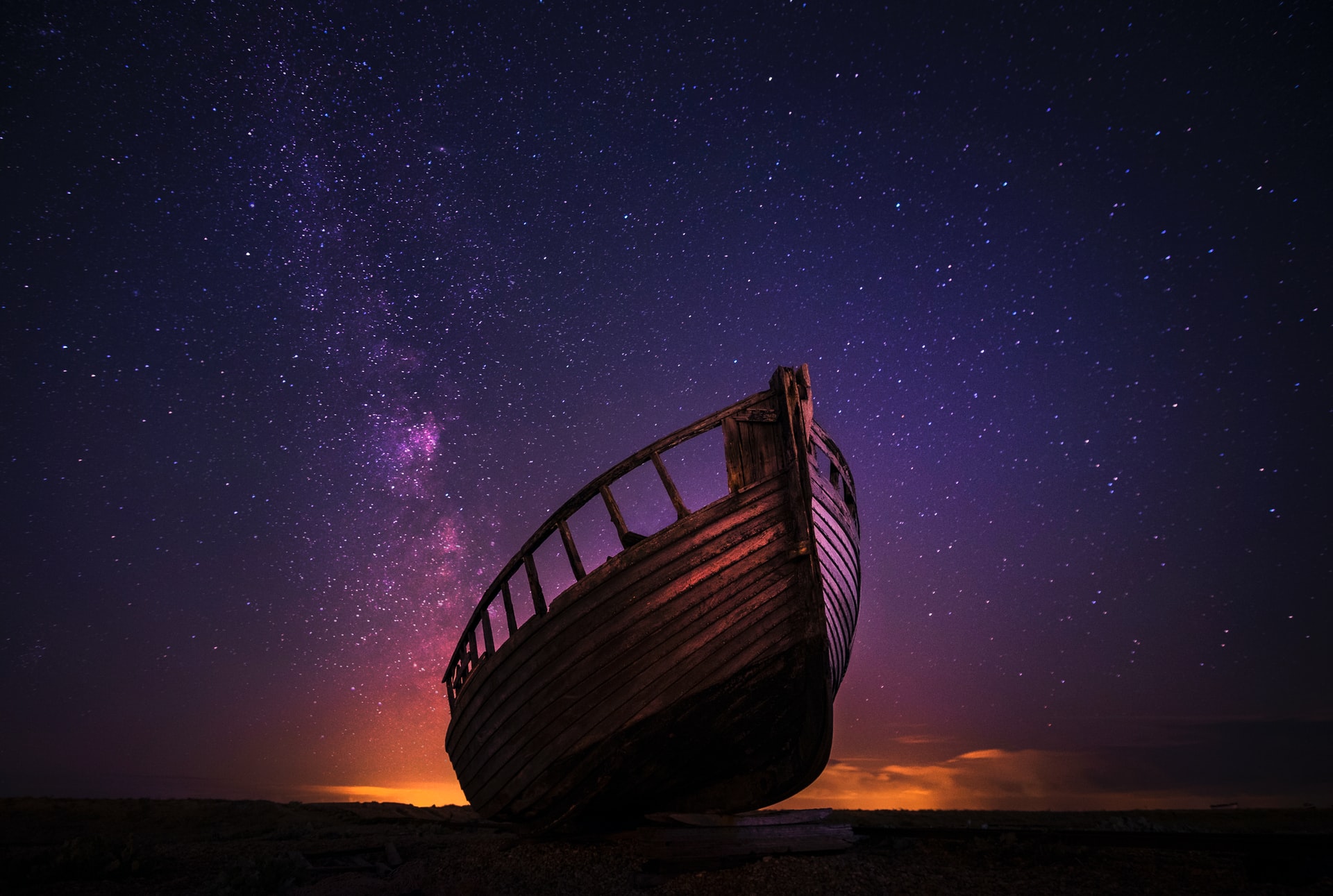 What Sirians refer to as The Great Experiment, many humans find as comforting theological myths of creation. Whatever their reason may be, the Sirians are now guiding humans on a different path of evolution – the spiritual one.

As a race much older than ours, the Sirians use their incredibly vast knowledge and wisdom to help the Earth transition to a higher vibrational plane. And they’re helping humans’ transition, too, by channeling spiritual guides and seeding our world with their own souls, that help guide us as spiritual teachers.

Many of the Sirian light beings and lightworkers focus their energies to aid Earth’s ascension and help its inhabitants connect with the source energy. However, they’re aware of the physical limitations implied by our existence in the three-dimensional space.

And that’s the precise reason why they channel their guidance and seed our planet with Sirian souls.

Who are Sirian starseeds?

Much like the other starseeds, Sirians incarnate on Earth through a soul contract – a special type of contract that gives them a mission and a higher purpose here on Earth.

These individuals draw their origins from the celestial bodies located in the Sirius star system and are the true carriers of Ascension.

Some spiritual scholars believe that the Christian Jesus was an incarnation of a Sirian soul, or rather, a Sirian starseed. But he wasn’t alone. Our history is filled with prominent souls that also originated from Sirius, like Leonardo da Vinci or Nikola Tesla.

These were the men, the artists, the inventors, and engineers, whose work shaped our very existence and way of living. Their impacts on humanity were more than significant – they were monumental.

Whatever the case may be, individuals seeded by the Sirians, and their home star system, initiated the spiritual awakening of all human beings.

These individuals carry a sum of centuries-old experience and spiritual and scientific knowledge embedded in their souls. This knowledge and wisdom become more accessible to a starseed as the individual continues to self-realize and uncover its soul truth.

There’s a lot to be said about Sirian starseeds, as they appear to be a sum of contradictory personality traits. They’re excellent scientists and inventors, yet they believe in magic. They’re loners, but they work to benefit human societies. They’re full of innovative ideas and knowledge, yet enjoy the simplicity and simple pleasures. There’s more to Sirian starseeds than meets the eye.

Though they may seem complicated and contradictory to us, individuals of Sirian origin view themselves as relatively simple.

And in some form, they actually are, with logical explanations behind their actions. But before we dive into their personality traits, let’s briefly discuss their physical appearance.

Due to the limitations of our three-dimensional plane of existence and the involvement of human genetics, Sirians starseeds don’t actually differentiate from typical human physiology. Their Sirian traits are exhibited through their personalities and personal characteristics, rather than physical appearance.

That said, some starseeds of Sirian origin may have feline-like facial features, having cat-like eyes, and nose. Interestingly enough, these individuals tend to be marginally more agile than typical humans, given proper conditioning and physical exercise.

Cat-like facial resemblance claims are vague since human biology and genealogy play a vital role in creating our appearance.

The only thing that’s undoubtedly known about the appearance of Sirians is their bluish skin tone. That might explain why their starseeds love and resonate well with the color blue and why they have well-developed Throat Chakra.

It also explains their understanding of the power of spoken words, which is rarely and ceremoniously used on Sirius A since Sirians prefer to communicate telepathically.

We already established that Sirian star people represent the oddest of mixtures when it comes to personality traits. As such, they have no issues explaining the world in mathematical terms while understanding the logic behind magic, even when that logic eludes everyone else.

Sirian starseeds are well-balanced, calm, and composed individuals with natural inclinations towards mathematics and physics. These traits tend to be exhibited from early childhood, and they can be relentless in their inquiries about the existence of the sky and the rate of growth of grass.

Be sure to give them an imaginative response to spark their imagination if you lack a scientific one.

This is extremely important, as it nurtures their innovative nature, and they’ll quickly come up with answers to their own questions. They’re also rapid learners, and their inclinations towards specific sciences will follow them throughout their lives, as well as love towards the games of numbers.

And the thing is:

These traits will follow them into their teens, where they may come off as geeky outsiders and loners since they prefer the simplicity of aloneness. It is not loneliness, but solitude; Sirian star people know very well how to make the difference between them.

They often have a particular view about socializing and personal relationships, in which the distance and timeframes play a small role.

Once they form a friendship with someone, these individuals can go months without seeing and hearing from their best friend. And they’re capable of talking and behaving as they meet with that friend daily since time and distance don’t play a factor in their relationships.

Sirian starseeds are associated with knowledge, and given their innovative nature, tend to be the best scientists, inventors, and teachers. And though they avoid large crowds, which they find unstimulating, they’re often found in the role of a teacher or a professor.

Sirians are much more complicated than meets the eye since they possess some of the highest qualities a being can possess. For example, they’re rational, composed, and calm, but incredibly fearless and even ferocious when triggered.

By the way, I also made a video of GENERAL starseed traits:

Here’s a rundown of all the traits exhibited by Sirian Starseeds:

Sirian starseeds have incredible strength of will and are of great character.

They’re truth-loving, kind, gentle, and sensitive, though they might not always display these traits since they’re well-balanced, calm, and composed. It’s tough to derail a Sirian starseeds. 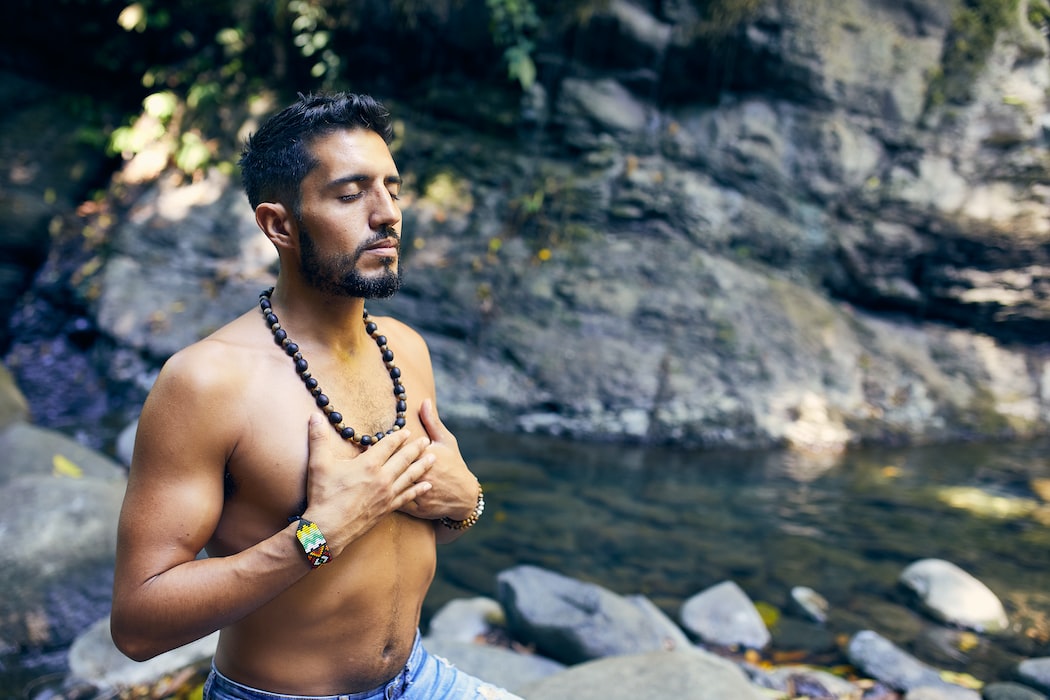 Those that succeed are often shocked, surprised, and taken aback by the fearlessness and ferociousness of Sirian starseeds in all types of conflict. Their otherwise calm nature players a “surprise factor” when disputes arise, but once they’re resolved, the starseeds don’t tend to hold grudges or hold on to anger.

Typical Sirians are introverts who don’t like to socialize unless they’re in a group that shares their interests. In that case, they can very well be humorous and entertaining.

But you’re most likely to find them at home reading a book, with their pets as good company.

They like the simplicity of things and tend to stay away from complicated situations and relationships and dislike complicated lifestyles. Since they’re unburdened by other people’s opinions, you’ll often find them dressed in a simple yet entirely appropriate manner. They just don’t flash expensive jewelry and branded clothes.

Additionally, they’re not very good at expressing their feelings to other people and keep their problems to themselves. You’ll never hear them complain about anything terrible happening to them, but yet again, you won’t hear them broadcasting or bragging about anything good either. They just keep to themselves.

Sirians have mastered the balance between their right and left-brain hemispheres, and that trait gets inherited by their starseed incarnations on Earth.

It’s precisely this mastery of their own physiology that allows them to excel in and combine mathematical sciences and spirituality.

On the one hand:

They’re intellectually-oriented and logical, while on the other, they’re loving, kind, generous, and wise. Being well-balanced means that starseeds are ever-questioning, with an insatiable desire to understand, while at the same time being composed and calm, or fearless and ferocious when necessary.

But they’re only human, and despite their balance, they can get aggravated if you put enough effort into it. We already explained what happens when you derail such a peaceful and forgiving person.

Sirian starseeds are incredibly task-oriented and hardworking, with no appreciation for idleness. If they’ve got nothing to do – they’ll think of something. Their well-balanced nature allows them to be both analytical and synthetical, meaning that they can concentrate on all the little details without losing the entire picture.

In that regard, you’ll never find a Sirian starseed that’s bored of his or her life. Though they are annoyed by this plane’s three-dimensional limitations, they have a way of adding more to their life.

Even before Sirian starseeds expose their origins and their soul’s truth, they can feel an inexplicable connection with the Universe as a whole.

Another notable trait is enjoyment in taking the road less traveled. Sirian starseeds often seem to go against the grain or take a more challenging route for the sake of greater “rewards.” However, that’s just the way they express and experience themselves.

If you’re undergoing your personal consciousness transformation, and you’re searching for your soul’s truth, it may have originated on Sirius. If any parts of this article resonated within you, then you might be on the right path.

If not, keep searching; who knows, you might be of Pleiadian origin.

But if your intuition leads you to the purpose of servitude in helping others realize their own truths, then you were likely here when the Atlantis was built.

Only by reaching out and exploring your past lives may you realize that you’re, in fact, a great spiritual teacher seeded by the Sirians.

What to do next?

Well, what do you feel called to do?

If you think you ARE a starseed, it’s very likely you came here for a particular mission or purpose. Time is limited, and it’s ESSENTIAL that you raise your vibrations as HIGH as possible.

I made a free video masterclass that explains how you can do that, and you can watch it here.