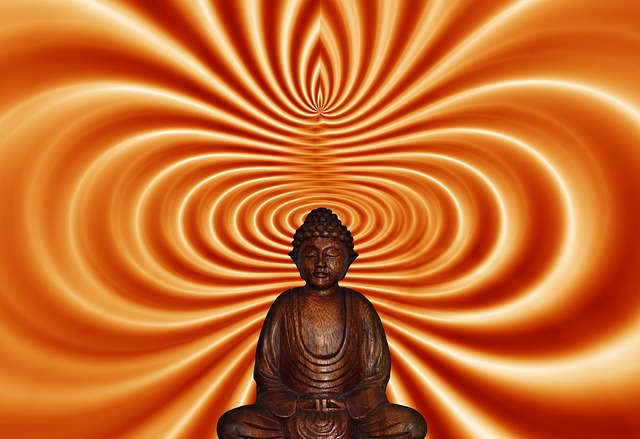 Ever hear a loud ringing noise in your ears during astral travel?

Well, you may just be experiencing astral noise.

Not everyone does, but you might soon – especially if you have been astral traveling for some time now.

If you’ve had more than a couple of astral experiences, you’ve probably experienced a sort of buzzing noise in your ears as you try to leave your physical body.

This ringing noise is common to astral projection and is nothing to worry about.

The truth is it doesn’t pose any of the reported dangers or risks.

At most, you will experience feelings of fear and anxiety – especially as a beginner.

Whether it’s because of the life-changing experience or due to the unwanted internal noises.

The truth is, there’s nothing to fear.

Sure, this emotion is invoked due to our natural human processes – but, beyond it, there isn’t really much to worry about.

What is the astral projection buzzing noise?

Astral projection noise refers to what you hear when you’re separating from your physical body during astral travel.

It can be described as a ringing, buzzing, popping noise, roaring, humming, or whining noise in your ears.

It could also sound like white noise, a swarm of bees, or a lot of flies.

Some travelers have reported hearing roaring sounds at times, at white noises at other times during travel.

In fact, some travelers are even held back by the noise – creating a deep fear that prevents them from pursuing the experience.

The key is to learn to anticipate the noise and work towards overcoming the feeling of fear.

Sure, it’s a primal instinct, but, once you get past it, you will experience frequent successful astral projections.

Generally, the cause of these noises is debatable – there’s a wide range of suspected reasons why.

Here are some common theories for what causes these noises;

The buzzing noise is your spirit guide trying to make contact with you through the astral plane.

The sound you hear is because there isn’t a way for the astral entity to communicate properly, or you’re not ready to hear the message just yet.

Aliens are trying to contact you and much like the astral guide, they don’t know how to communicate.

So, this is interpreted by your body and mind as a loud roaring noise or whining sound.

It happens normally when you astral travel and means that you’re doing it ‘right’.

Some people also say that it means you’re separating from your physical body properly.

It means that your link to your physical body is strong and stable.

The noise doesn’t mean anything. It just happens, and that’s that!

However, the explanations above are what one may call spiritual or even pseudoscience explanations.  Thus, there may just be more to explore.

In addition to the explanations above, there are may just be more reasons as to why astral protection noises occur.

However, you must also know that these noises also happen on different occasions.

Let’s check them out;

During astral projection, you may experience inner vibrations coupled with different loud noises.

They may come in the form of;

This experience may even come during sleep just when you are about to enter an out-of-body experience.

According to some astral travelers, the noises may simply be caused by the vibrations.

You simply want to allow them to expand and spread across your whole being. The noises tend to disappear after the body transcends.

At times, you may experience an extremely loud noise -like a gunshot close to your head – during the separation moment.

Of course, the experience is most definitely startling.

The reason for this noise may be that there is a sudden energy surge originating from the chakra in your forehead.

You may experience a strange and unusual sound during sleep.

During this time, the sounds vary.

Sounds that don’t match your physical surroundings. Again, these sounds are normally caused by vibrational fluctuation.

However, in this case, this is actually good news.

It simply means that your awareness has been fully transferred to your astral body.

Thus, you can even look at them as inner signals. Simply remain calm and let the vibrations balance out.

Sometimes, you may hear sounds and even feel sensations.

Hearing these sounds and/or feeling these sensations is again good news.

These sensations and sounds happen as your bodies are in transition – you have fully separated from your physical form.

So, the solution is to simply remain calm, direct your attention away from your physical body, and let the transition occur.

These sounds in this case are experienced in a rather different circumstance.

In this case, you are rapidly moving through layers of sounds, rings, colors, energy, or haze.

This experience can actually be nerve-wracking and cause anxiety.

You can even feel disoriented. This may be because you are experiencing an interdimensional exploration.

Again, the solution is to simply remain calm, allowing your vibrations to balance out and let awareness finally emerge.

So far, we’ve looked at astral noises in a spiritual and pseudoscience light.

However, there may be a scientific explanation behind the noises as well.

Think of it this way;

We’ve already established that during astral travel, you will experience some noises if you have been doing it for some time now. The noises associated with the separation process include screaming, ringing, roaring, buzzing, humming, high pitched sounds, and even, the sound of bees in your ear.

In fact, you can even track a high range of sound waves as the astral body leaves the physical body.

Well, according to some researchers, hearing these sounds and noises – particularly during the separation process may be explained.

It may be that as the transition occurs, our train of thought is narrowed.

This, in turn, reduces the brain’s electrical input. Less input to the brain means less energy and the kickstart of magnetism.

Magnetism is what may be responsible for the emergence of sounds and noises.

Internal noises such as ringing are normal.

It may simply be that the sheer silence during astral travel may, in fact, bring your awareness of your bodily processes to your consciousness.

During this time, you can probably hear elevated sounds of your heart pumping, vessels contracting and constructing, and even, your brain processes.

Now, let’s put the explanation to the side for a while and return back to the whole protection process.

As mentioned above, during astral projection, you will feel different sensations – before, during, and after an out-of-body experience.

Nonetheless, the most common sensations feel are vibrations – which include sound vibrations in the form of ringing, buzzing, humming, and many other different sounds.

at times, these vibrations may boast a high energy release – sometimes, even prompting one to wake up from their sleep and experience astral travel consciously.

But, this is not how you think it should,

As astral travel happens when you are conscious, you are normally relaxed physically but your brain is aware and in a lucid state. Although the travel may happen in a waking state.

On other occasions, they may quickly bring you back to the full waking stage – losing your lucid state and lose the ability to recall the experience.

These vibrations – including sound vibrations – arise when the chakras and energy points achieve a balanced resonance.

During this time, the vibrational energy is moving up and down through the body in a rhythmic manner.

As this movement continues. eventually, the astral body leaves the physical body.

These vibrations prompt some of the strings holding the astral body to release it- allowing separation.

This happens in a process that involves the silver cord.

Whilst the two bodies separate, they don’t fully separate and stop linking.

Doing so may lead to a permanent astral projection – in other words, DEATH.

Instead, the silver cord hols the physical and astral body ensuring they are connected during astral travel.

Don’t worry breaking the silver cord is not as easy as you may perceive it to be!

So no. You are never at risk of dying due to astral travel!

Keep in mind, however, the vibrations are different.

They may be sensations coupled with different sounds – this is what is relevant to our topic.

However, sometimes, the vibrations may simply be in the form of sensations.

This can be anywhere from a subtle tingling sensation to intense vibrations across the entire body.

How to prevent astral noises?

To the best of my knowledge, there really isn’t a solution to eliminating these noises.

The best bet is adaptability.

After all, they form an integral part of both your physical body and your consciousness.

Think of some of the explanations outlined above.

Whether they point out your actual transcendation or refer to your physical body processes – they still appear to be a part of you.

Thus, rather than thinking of how to get rid of the noises, you ant to think of how to adapt.

For many people, the astral noises may be scary, unsettling, and sometimes, interrupting.

So, this is what you need to focus on.

Sure, it is natural human instincts to react this way. However, you can still train yourself to circumvent these feelings – allowing you to continue successfully astral projecting.

So why do people hear this humming noise?

The explanations above are generally traced from the experiences of astral travelers.

Or the very little to almost non-existent research in the astral projection. Some explaining the noises from a spiritual, pseudoscience, or scientific perspective.

Others, don’t really have an explanation for it.

There are several suggested reasons, but we do know that the noise is entirely internal.

It’s not an ACTUAL noise that could damage your ears in your physical reality.

So, at least you needn’t worry much about your physical health. It’s all about what you feel and how you can adapt.

The key is to adapt – being able to go past the noises and focusing on the ultimate goal.

Fear, anxiety, uneasiness are all normal reactions to the unknown or circumstances you cannot explain.

However, recognizing this and being able to anticipate the noises during astral travel allows you to deal better with them.

If you’re not sure about this, just record yourself doing astral projection and play it back.

You’ll see that there isn’t any actual noise – It’s all internally.

It doesn’t do any damage, but if you find it uncomfortable or that it hurts in any way just take a break from astral travel for a few days.

Don’t do anything that will make you feel uncomfortable or could discourage you from wanting to learn more.