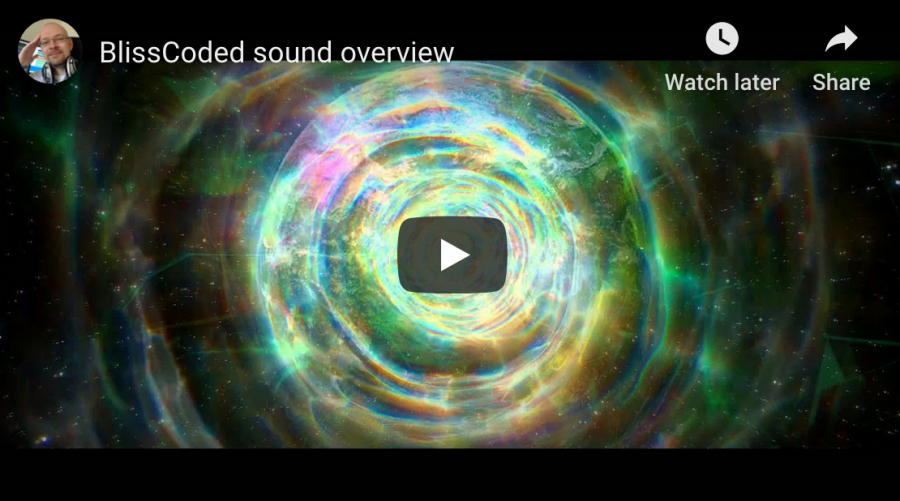 Here it is, my review of Blisscoded sound. This is an audio product that’s had lots of people very excited over the last few years, and for good reason. Let’s dive into WHAT Blisscoded sound is and how it works, then I’ll share my experiences.

BlissCoded sound might just be the most exciting ‘meditation audio’ product I’ve ever come across.

And I’ve tried DOZENS of them.

In fact, we produce our own binaural beats and meditation audio packages like Spiritual Ascension. BUT, BlissCoded sound is in a different league. It’s a very unique product, and it’s different to traditional ‘binaural beats’.

So to start with, let’s get a few things out of the way..

Are binaural beats real? Do they work?

Binaural beats are very real and yes they work.

They’re essentially what your brain perceives as the difference between TWO frequencies.

There’s been a lot of criticism for binaural beats because for a long time, people didn’t believe we could change our brainwave state. It simply wasn’t understood well enough, but now we know that you can indeed guide your brain into a different brainwave state. It’s achieved by playing two separate frequencies (one in each ear) over a period of about 1 hour or so. It takes a while for them to kick in which is why they’re best used overnight.

So, what’s the deal with ‘Blisscoded sound’?

Blisscoded sound is an audio product designed to help with meditation, lucid dreaming, astral projection and more. The main product is a selection of audio meditation tracks that you listen to, to move you into a different state.

But that’s not all:

They even have subliminal products now which can change your beliefs overnight (over a course of time, not over ONE night). These are some very powerful audio products, and not to be taken lightly.

These are far more effective than most binaural beats, because, although they’re similar, they’re actually NOT binaural beats at all. They’re a mixure of Isochronic tones (Very similar to binaural beats but don’t need stereo headphones to use them) and other sound effects and soundscapes.

More specifically, the producer has found a unique way to infuse the sound with MATHS.

Not just any maths, but the ‘golden ratio’.

Many people believe it’s literally the ‘fingerprints of god’.

But that’s another debate. The point is, the sequence of numbers holds some very, very interesting properties and has a close relationship to us as humans. It’s even found in financial trading patterns and historical cycles.  So it’s safe to say it’s pretty interesting, and certainly has an effect on us individually, and as a species.

And the founder of BlissCoded sound has found a way to create meditation tracks BASED on that same sequence and numerical pattern. Hence the term ‘BlissCoded’ sound. It’s a very unusual and effective product, and one which I’ve come to love using!

I’ve Tried DOZENS Of Audio Products; Nothing Is Like This

I have literally tried, tested and listened to probably hundreds of bianural beats products, meditation audios and tracks. I’ve also sampled several on YouTube (not the same, big quality control issues). BlissCoded sound is by far in my top 3.

The thing I always tell people about BlissCoded sound, and the way most people hear about them is simply by.. HEARING them.

There are no real warnings about Blisscoded, just make sure you use good quality headphones and ideally don’t use them when you’re driving or operating machinery. They’re best used at night or in the early morning when you’re trying to astral project or meditate.

Should you get Blisscoded sound?

They claim that after listening to them once, you’ll never go back to your old meditation CDs or audio products again.

Strong claims but they’ve held true for me! As we said you can listen to a free sample on their site here. I think with this sort of thing, the BEST thing you can do it just listen to a sample. Meditation is a very personal and private thing, and the tracks that work for me might not work the same for you.

I think the best thing you can do, is just click the link above and listen for yourself.

You’ll know pretty quickly whether they’ll work for you or not.

Here are a couple of other peoples reviews and testimonials of Blisscoded sound that you might be interested in. You can also find more on their website if you scroll down on the page.

‘I am 74, a retired professor from the University of Delhi, India. I am fond of listening to relaxing music. That landed me onto the BlissCoded sounds website. For a few years I have been enjoying the free downloads of relaxing music which I found was one of the best I could find. Now I came to know of the new concept of 432hz music. This is soundless sound. I bought one such track. It was such a marvellous experience that I could not resist the temptation to buy another one. This thing relaxes you inspite of any psychological subconscious resistance. It is really great.’ – Devandra Kumar. Retired professor University of Dehli – India

‘I began listening to BlissCoded Sounds about two years ago and it has been life changing! I discovered the recording while looking for meditations to help with sleep. Golden Sequence is very effective and I still use it often if I’m having a restless night. It guides me to a deep, restful sleep. As wonderful as Golden Sequence is, Xphirience is the recording I listen to most often. I use it for meditation most days, as well as while I am getting ready for work and as I am getting ready for bed. I am sure it has guided me to a constant higher vibration which has caused me to be calm and feel filled with peace almost always. Thank you so much for creating this – you truly spread high, peaceful vibrations throughout the Universe with your creations!’ – Kelly Burnett Austin, Texas. Works in Psychotherapy

Check them out here and listen to the free sample.