Previously, we discussed all of the Starseeds, their different origins, traits, and characteristics, and their missions here on Earth.

So, if you’re awakening to your soul’s truths about your starseed origins, read through our article about the Arcturians – because you might very well be one.

If the words, written in this article resonate deeply within you, you might be on the right path.

What are Arcturian starseeds?

How true is this?

The Arcturian race originated in the ‘Boötes’ star system, which is approximately 36 million light-years away from Sol, our solar system.

Its central star, the orange giant Arcturus, also known as Alpha Boötis, is the fourth brightest star in our sky. Inside the Alpha Boötis solar system is a blue planet the Arcturians like to call home.

As beings whose energy vibrates from the 5th to the 11th dimension frequency, Arcturians are known as great communicators. They are the embodiment of wisdom, knowledge, learning, and technological progress inspired by divine knowledge.

The Arcturian society, their appearance, and architecture strongly resemble angelic realms, which helps human souls’ transition from their physical deaths to new rebirths.

Since they’re originating from an archaic star system, the Arcturians themselves are considered quite ancient. As such, they amassed vast foundational knowledge and ways to physically implement it in their daily lives.

Arcturians use their knowledge of sacred geometry, projecting it into every aspect of their society, especially architecture, communications, and energy manipulation.

To Earth’s inhabitants, the Arcturians are the ushers of the “new future,” seeding the Earth with incarnations that bear their foundational knowledge and wisdom. People seeded from Arcturus often carry the trait characteristics from their home planet.

We’ll explain those in a few moments.

The Arcturian Starseeds mission and purpose

As we already said, the Arcturians are focused on ushering in the brighter future here on Earth, relating spirituality, technology, and societal norm. In those regards, their primary focus is on balance and sustainability, which will help alleviate much of our own societal discord.

The Arcturians agreed to help Earth by acting as spirit guides and by seeding our world with Arcturian souls. And while spirit guides operate on a spiritual level through channelers, starseeds operate on an entirely different level – the three-dimensional world.

Arcturian starseeds are actually Arcturian souls who choose to incarnate here on Earth and operate on our physical plane. That way, they get to be pioneers of the “new future” on Earth and act as our teachers, inspiring us to pursue the new and better future.

These starseeds often focus on the practical side of spirituality, conscious manifestations, and intuitive development.

However, they’re also very prominent in their understanding of the three-dimensional plane in which they incarnated to. If they choose to walk the path of science and improvement, you’ll likely find them studying or teaching scientific research, architecture, city planning, sustainable energy sources, etc.

When it comes to physical characteristics of Arcturian starseeds, or any type of starseeds in general, there are two “schools” of thought:

The first school of thought teaches us that all starseeds, including Arcturian ones, aren’t physically distinguishable from humans.

This is because they’re born into human bodies, which are “designed” well for this planet and its existential plane.

And since the body comprises of a genetic combination of its parents, all starseeds look like regular humans, with standard deviations.

Their stare can often be interpreted as ‘piercing’ as if they’re reading one’s soul. 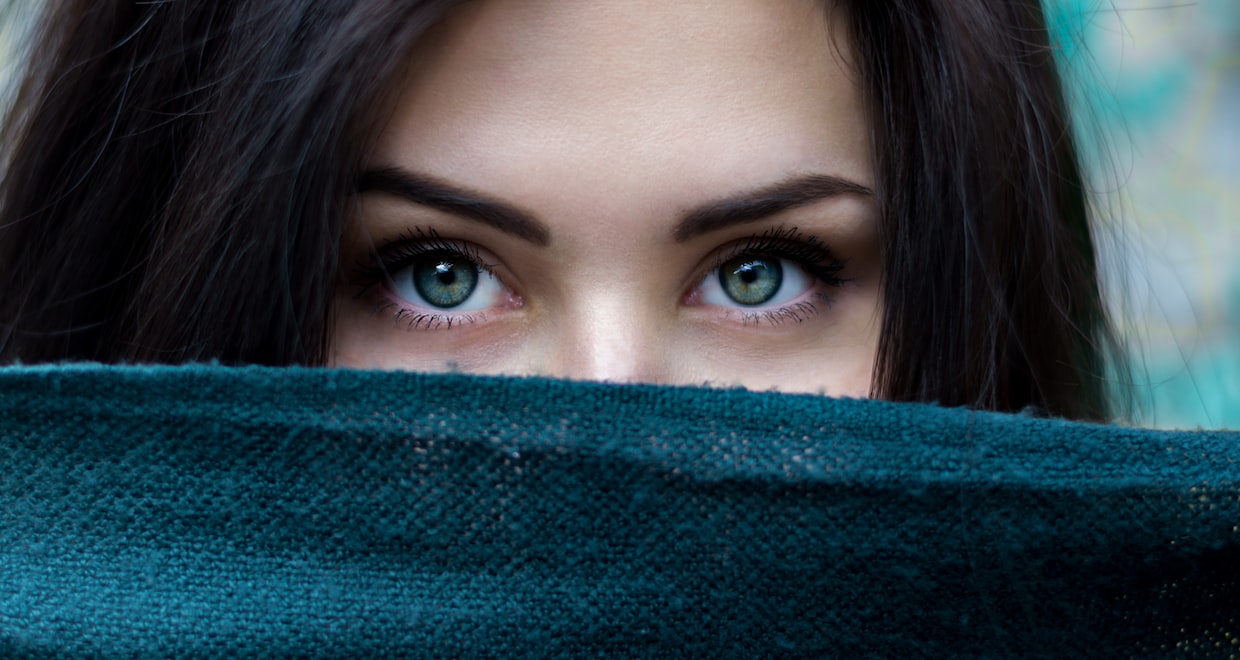 But piercing looks and striking eyes aren’t the only things Arcturian star people share with their ancestors. They also share another physiognomical characteristic – their facial bone structure.

According to them, Arcturian starseeds have more prominent cheekbones and generally stronger jawlines. Also, their head’s crown seems to be slightly elongated, something noticeable only to careful observers.

This physical train can be attributed to high-velocity telepathy, which runs through their field of energy.

The body features possessed by the Arcturian starseed is also a cause of great debate. Some scholars believe that Arcturian starseeds are leaner and more ectomorphic in their physical appearance, linking them to their Arcturian origins.

Well, Arcturian souls become starseeds through a soul contract that reincarnates them here on Earth.

It’s typical among starseeds, even of different origin, to instinctively know that they’re different from their peers, which is noticeable even to other observers. Starseed children, especially Arcturians, are incredibly inquisitive and display an insatiable hunger for knowledge. As children, they can also be quite annoying, since they’ll look to their parents to explain things that interest them.

If those answers aren’t satisfying, they’ll look for another, more useful source of information.

It’s essential to understand that these individuals have an innate understanding of natural sciences and spirituality. However, without proper guidance and parenting, they might resent those “disciplines” during childhood and only to “re-discover” them in their teens.

As teenagers, Arcturian starseeds might be labeled “black sheep” by their peers, or even family members, for their disregard for societal molds.

Arcturian starseeds often have a complete disregard for typical teenage activities, though they will engage in them because of their natural curiosity. They also aren’t concerned with trivialities and pettiness, as they’re emotionally evolved enough to dismiss them entirely.

The natural curiosity and inclinations towards natural sciences, patterns, and spirituality make Arcturian starseed individuals into capable and strongly-willed adults.

They come off as outspoken, competent, creative individuals, with a noticeable hint of mystery that adds to their charisma.

You’ll rarely find them in leading public roles, but rather in advisory positions.

Thanks to their “otherworldly” charismatic influence, they’re often positioned as the hand that guides the hand. Despite not being highly flamboyant, they’ll often attract a large audience, unintentionally, even when speaking in an undertone.

Here’s an additional list of Arcturian traits exhibited by their starseeds:

I also made a video about starseed signs in GENERAL if you’re interested:

Arcturian starseeds often have strong personalities as great communicators and teachers, exuding a powerful presence and wisdom-filled appearance. They outwardly present themselves and often seem capable of doing or learning anything.

Arctuiran star people, like many others, are born with a strong feeling of purpose, though that purpose might elude them during younger age.

They’ll often search for their purpose, usually discovering it later in their adulthood. And since they’re inclined towards both science and spirituality, you’ll find them combining different disciplines with naturally high intuition, like spiritual practices and geometry.

During their teen years, Arcturian individuals frequently feel dissatisfaction or unhappiness for no apparent reason. However, this stems from their feeling of disassociation with their family and peers, as they’re often misunderstood for their subconscious knowledge and wisdom.

Arcturians are pretty outspoken and capable of flawless delivery of public speeches. Thanks to their charisma, eloquence, excellent timing, and fantastic sense of humor, Arcturians are often capable of exceptional public speaking. As they get great satisfaction in making groups of people laugh, they’re usually the life of the party if they bother to show up in the first place.

People seeded by Arcturians are often very creative and love expressing themselves through writing, poetry, music, and other art forms. Because of their natural inclinations towards patterns and geometry, Arcturian star people are exceptionally talented musicians.

However, their emotional expression often shifts towards anger and humor, as they generally avoid expressing any more profound emotion.

These persons love to travel and explore different cultures as a means of expanding their consciousness and knowledge. It’s not unusual for Arcturian starseeds to, given a chance, take year-long trips to several different places. 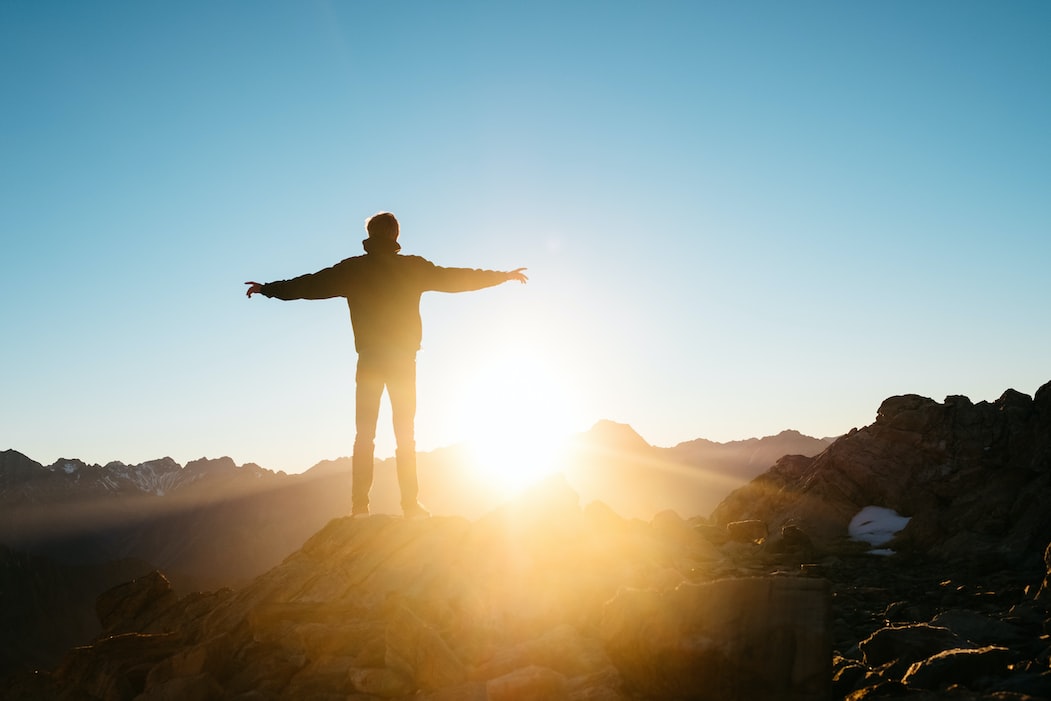 Originating from a place that pursues science and technological advancements, among other things, most Arcturian starseeds are fascinated by innovations and technology.

Arcturians incarnate in bodies with high sensitivity to sounds, light, and smells. It’s not unusual for Arcturian starseeds to have issues with their sinuses or skin, caused by various pollutants in our air and additives in our food.

These starseeds, in general, have lower blood pressure, which causes them to have a heightened sensitivity to cold. Paired with their wanderlust, Arcturian starseeds are often attracted to warmer climates.

Souls that have originated on Arcturus are more empathic, loving, and caring towards other people. Given their innate understanding of different scientific disciplines and fascination for technology, these starseeds are drawn into professions dedicated to designing and planning sustainable communities.

This is especially true since life on Arcturus is actually a prototype for life on Earth. Revealing their origins and purpose, these starseeds often wish to bring a piece of their home to Earth.

Despite their eloquence and fantastic sense of humor, making friends isn’t as easy for these starseeds as it is for the rest of us.

They usually don’t have many intimate friends, and their number of close friends usually falls to one individual. They need to have a sense of personal space, even in romantic relationships and almost always require some alone time. This leads us to the next point – personal freedom.

Personal freedom and some alone time are exceptionally important for Arcturian star people.

They prefer not to explain their actions and decisions, and when they do, they’re doing it unwillingly or under pressure. This can be stressful for them and detrimental to their emotional state, so the more space you give them, the more grateful they are, and the better the relationship will be.

It’s not uncommon for these individuals to ask deep, philosophical questions, and you shouldn’t be surprised.

This stems from their archaic origins, natural curiosity, and insatiable knowledge for answers. Striking a conversation with them might get you into a lot more depth than you anticipated.

Arcturian starseeds prefer order, and they consider preparation as an essential part of every chore and work. Since they love planning, organizing, and building, these individuals need to be well organized to function properly. Please give them a to-do list, watch them improve it, and complete every task quickly and effortlessly.

This is a great time to be alive on Earth right now, as it undergoes a consciousness transformation on a planetary level.

But for many starseeds, home is light-years away. Due to mass awakening of consciousness, many starseeds are reuniting with their “soul tribes,” and the same applies to Arcturian starseeds.

So, next time you’re watching the stars in solitude, wondering where the home is, well, for you, it might very well be on Arcturus.

What to do next?

Well, what do you feel called to do?

If you think you ARE a starseed, it’s very likely you came here for a particular mission or purpose. Time is limited, and it’s ESSENTIAL that you raise your vibrations as HIGH as possible.

I made a free video masterclass that explains how you can do that, and you can watch it here.